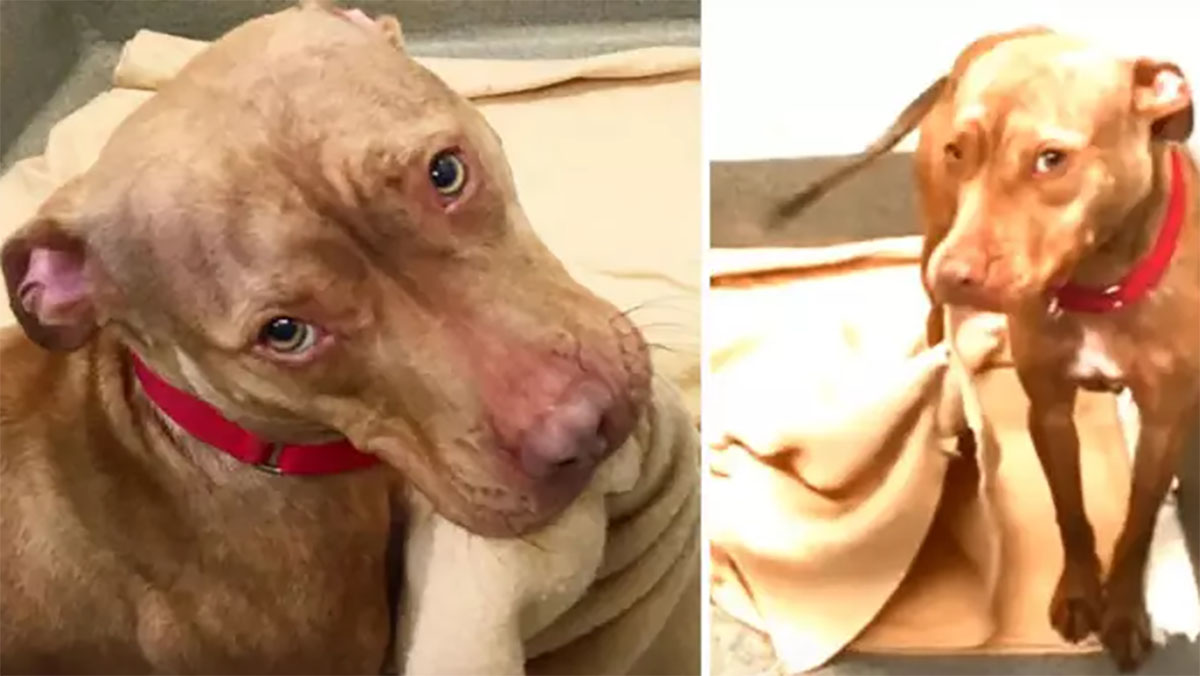 We often celebrate those animals who are rescued from a life on the streets and taken into shelters, but their journey isn’t over.

So many animals then have to wait patiently for someone to adopt them and sadly, some face a bleak future if they don’t find their forever family.

One sweet dog waited patiently for someone to adopt him and made sure he gave potential owners the best impression.

Rush the pitbull dog had never known the joy of having a loving family until SISCA Pet Adoption Center took him in.

This sweet dog spent every day hoping someone would take him home and give him all the love he deserves but it never happened – for 30 days he remained at the shelter.

Staff at the center thought Rush being a pitbull dog was putting potential adopters off which was frustrating because Rush was the sweetest and most gentle dog.

Rush decided to show visitors what a good dog he was and definitely worthy of adoption.

Shelter workers spotted Rush working hard in his kennel – he was making his own bed.

The one-year-old former homeless pitbull made his bed every day and staff wanted to show people what a good boy he was.

Staff took a video of the hardworking hound and posted it on social media. The short clip soon went viral and it wasn’t long before he caught the attention of one couple who fell in love with sweet Rush.

The Ohio couple saw the pitbull at different times without knowing they were interested in the same dog.

“He saw him on the news. I didn’t. And then I saw him on a rescue site,” the woman said, as per AJC.com.

After they realized they both wanted to adopt the same dog, the woman began the official adoption process.

The conscientious couple organized a sleepover with Rush first to make sure they were right for each other and Rush even bought his blanket with him so he could make his bed.

His tidy habits and sweet nature immediately won this couple over and they started the adoption process.

Watch the clip that won the hearts of this couple and so many others around the world.

Every animal has its own personality and if we can just see past the breed, age and other barriers we might be putting up, we can see the true beauty within every animal.

Help us wish Rush a happy and loving future with his new forever family by sharing this story.