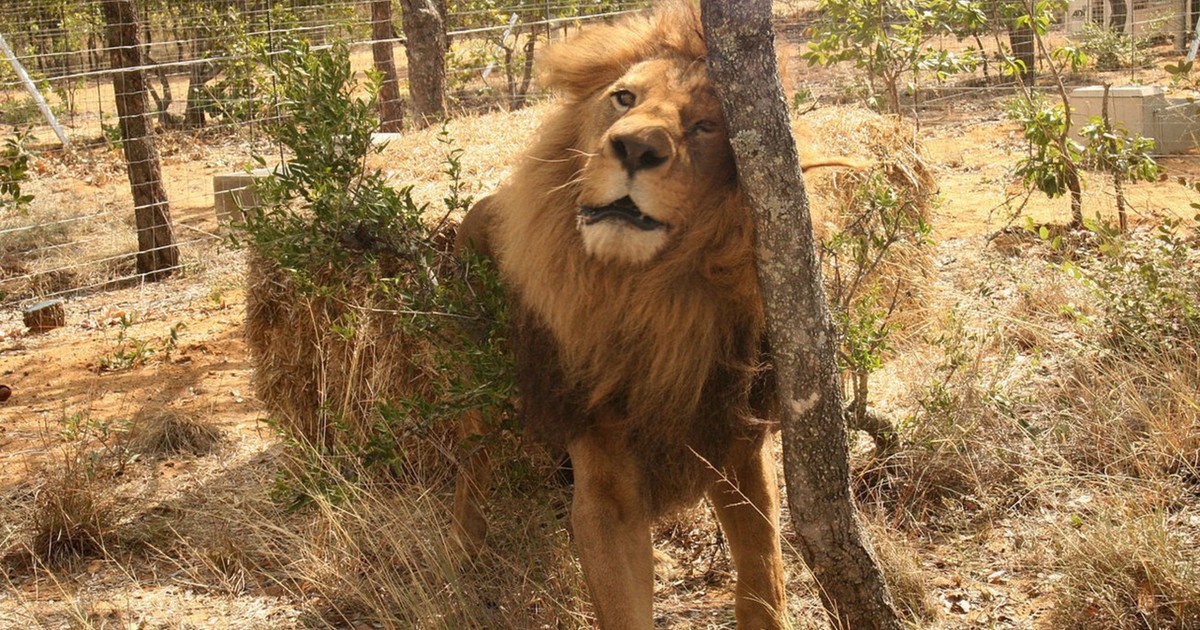 The flight from Lima, Peru to Johannesburg, South Africa was unprecedented. Its passengers—33 former circus lions—made up the largest lion transport in history, but more importantly, the flight brought the big cats to their ancestral home of Africa after years of suffering and abuse in illegal circuses. Scroll down for pics from the operation, including the lions’ first days in their new home.

On April 29, 2016, 33 lions boarded a flight dubbed “Operation Spirit of Freedom” in Lima, Peru and were flown to Johannesburg, South Africa. The flight was part of a massive rescue operation of lions being carried out by Animal Defenders International, an international animal protection group.

The lions were all rescued from illegal circuses in Colombia and Peru where they had been languishing in cages for years.

Two days after boarding the cargo plane, the lions set foot in their ancestral homeland for the first time. They will live out their lives in peace at Emoya Big Cat Sanctuary in Vaalwater, South Africa.

Jan Creamer, president of ADi said of mission, “This has been a really important mission because it has eliminated circus suffering in Peru, saving future generations of animals. Getting the animals home has been exhausting and exhilarating.”

The effort to liberate the lions took more than a year, with ADI working with local authorities to track each animal. Their work was made more difficult as some of the illegal circuses in Peru went underground to avoid losing their prized possessions.

After being rescued, the lions recuperated in temporary enclosures as ADI raised funds to transfer the lions to the sanctuary in South Africa.

The cost of transport each lion was a hefty $10,000, but well-wishers from around the world sent enough donations to send all 33 lions to their new home.

The lions will never be able to fully experience life in the wild, as they have suffered such inconceivable abuses as having their claws removed and teeth shattered. But they will finally have the freedom to roam.

Savannah Heuser, founder of Emoya Big Cat Sanctuary, described their new setting as “African sun, African night skies, African bush and sounds, clouds, summer thunderstorms, large enclosures in a natural setting where they can remember who they are.”

Now that the lions are home, they still need to be cared for. You can help them receive the care they deserve by making a donation here. And consider making a donation to ADI so they can continue their efforts to rescue abused animals.

Are you also happy to see these lions back where they belong? Share their story with your friends on Facebook!
Newsner loves animals and believes in treating them with utmost respect. Please like if you do, too.