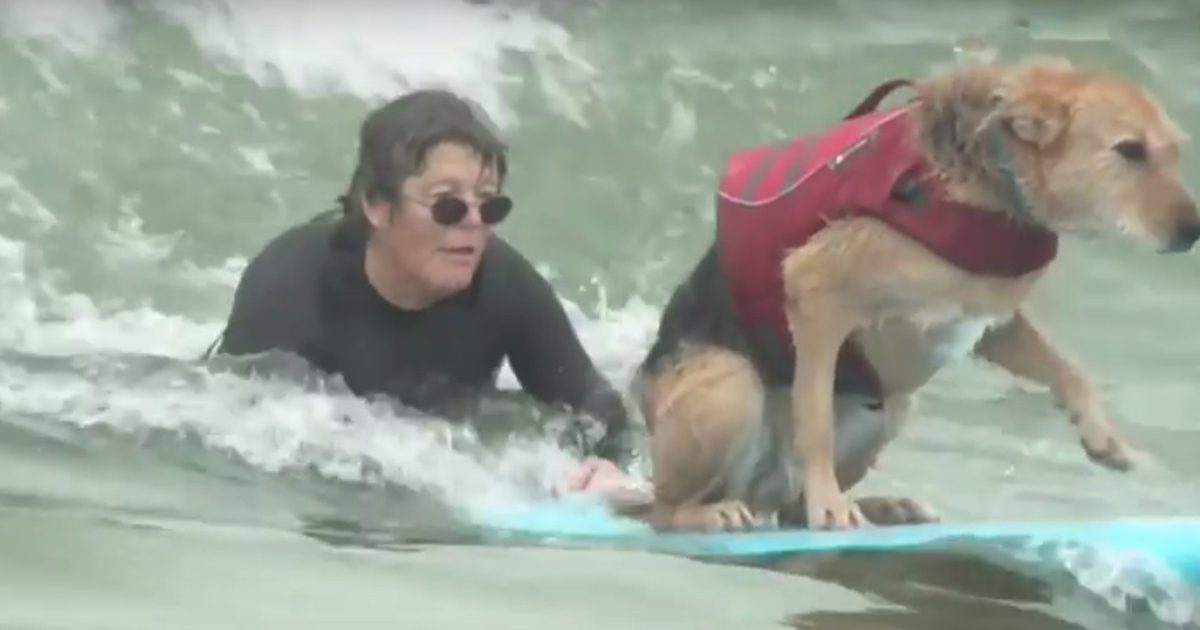 It looks like four legs after definitely better than two judging by the skills on display at the first ever dog surfing World Championship event.

Each pooch was given 10 minutes to do as many ‘runs’ as they could – being judged on style and how far they surfed.

Taking place in Pacifica, California, organisers hope the event will become annual, with dogs from all over North America coming to compete.

And after seeing how much fun these canines had, we certainly hope to see them in action again next year.

Some of the dogs went on the board by themselves, with their owners in the water watching on. 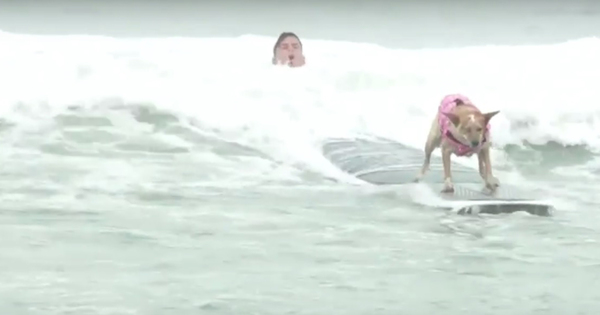 They were also plenty of cameras around capturing the epic event. 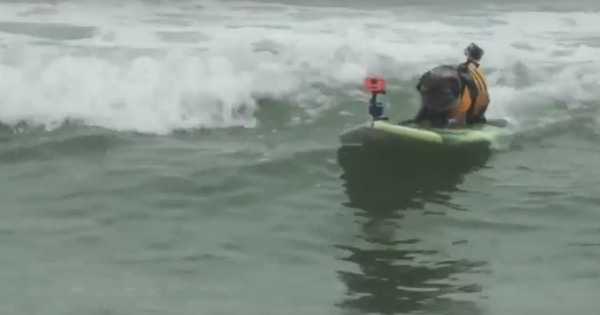 The eventual winner was an Australian Kelpie called Abbie Girl, who also snowboards and is a viral sensation on YouTube, where her GoPro-based channel has had more than two million views.

To watch the dogs in action at the competition, watch the video below.

Do you know anyone whose dog could surf? Share the story with them to let them know about these fascinating dogs!