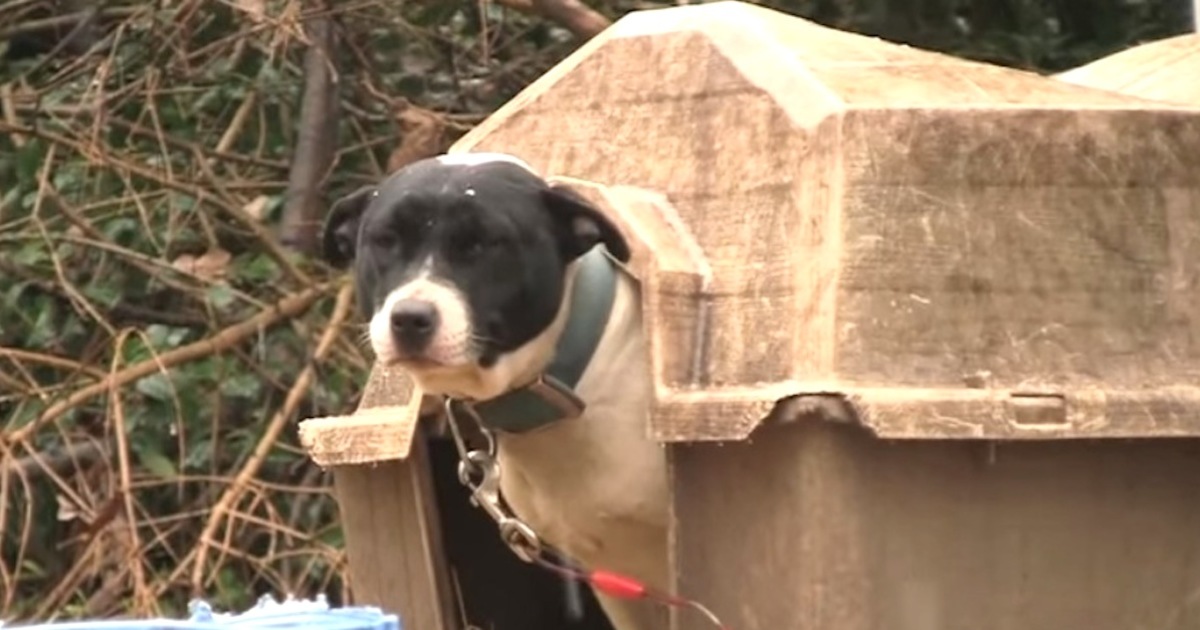 Mama and Oreo spent the better part of their lives chained up in their owner’s backyard. Living in chains took its toll. Though they were still happy to see humans, the dog’s outlook was bleak. Fortunately, Mama and Oreo came to the attention of the Coalition to Unchain Dogs before things got too bad. Here’s how it all happened.

“Mama and Oreo belong to an elderly lady who rescued each of them when they were abandoned by her neighbors,” the Coalition to Unchain Dogs explained.

“She lives in one of the poorest areas of Durham and has little to no access to resources to care for them. When Mama broke off from her tether in November, she was picked up by Animal Control. Instead of taking her to the shelter where the owner would have little chance of getting her back, the Animal Control Officer returned Mama to her and gave her my number.”

The Coalition to Unchain Dogs’ mission is “to improve the welfare of dogs living continuously chained outdoors by providing free spay/neuter, vaccinations, and fences, while bolstering connections between these dogs and their human companions through non-judgmental assistance and sharing of information designed to raise general community expectations regarding the standards of care for pets living there.”

A special quality of the coalition is that it doesn’t judge dog owners. It just focuses on giving dogs better lives. So instead of taking Mama and Oreo from the elderly woman, they found a way to improve the dogs’ living conditions.

Since Mama and Oreo’s owner has a yard, the coalition built two big enclosures for the dogs to run around in, and they even spread hay in the pooches’ doghouse so they’d have a soft place to sleep.

To really understand what the coalition did for Mama and Oreo, you have to watch the video. The pure joy on both dogs’ faces when they’re let free is proof that no dog should ever be subjected to a life in chains.

Please share this story to spread awareness about the coalition’s work and to help improve the living conditions of dogs everywhere.