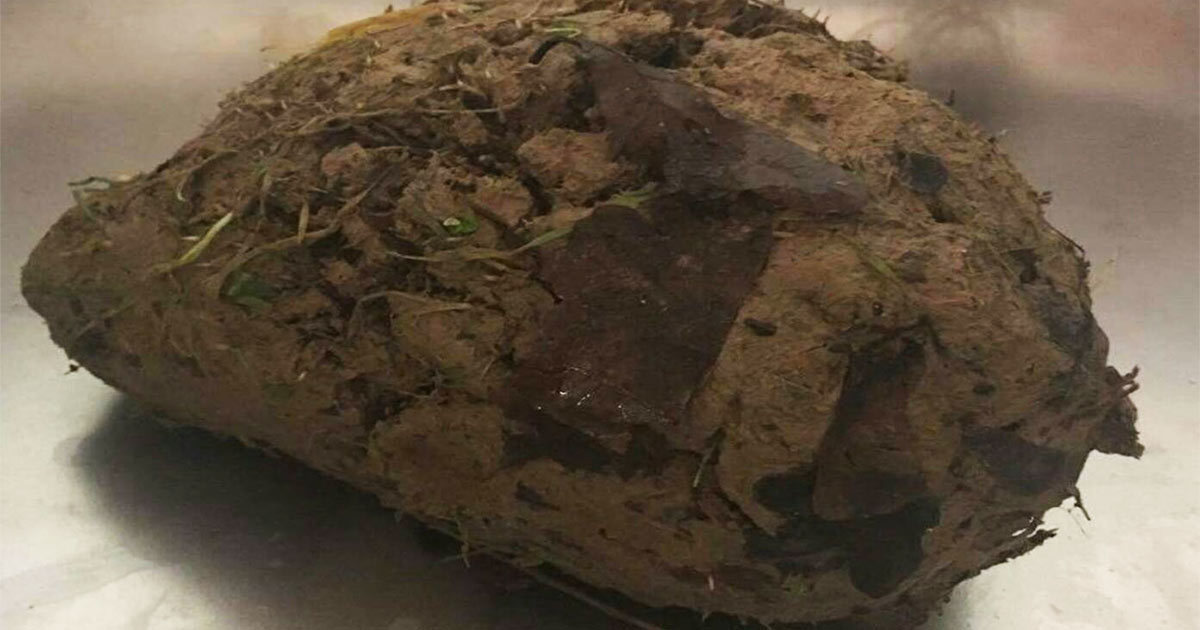 Some passerbys in West Sussex, United Kingdom spotted what appeared to be a simple lump of clay, but upon further inspection, they discovered that it was breathing!

They decided to bring the lump to an animal hospital nearby, where staff slowly began to remove the mud from around it. And what they discovered hidden beneath stunned everyone.

Here is what the lump of clay looked like upon discovery by some passerbys.

When they took the lump of clay to the Brent Lodge Wildlife Hospital, the staff discovered something quite incredible. A small hedgehog was stuck under the mud.

What had happened was that a dog had discovered the little hedgehog and decided to play with it. The hedhog had then instinctively curled into a ball, as they do when they feel threatened. That, unfortunately did not stop the dog from playing around with it.

The hedgehog was rolled through mud and water, but once it is realized that the danger was over, the mud had dried.

Animal hospital staff said that the hedgehog was understandably upset with its predicament, but was otherwise ok and had managed to breathe normally throughout the ordeal.

When the hedhog settled dowm, they went to work to remove all the mud and slowly but surely the hedgehog was able to move more and more.

The staff kept the hedgehog at the animal hospital, providing it with food and warmth, until it was well enough to be released back into the wild

What a fantastic and rather cute story! I’m so glad that passerbys encountered the strange looking lump of clay and took swift action.

Please share this article with your friends on Facebook if you agree that we should always help out animals in distress.