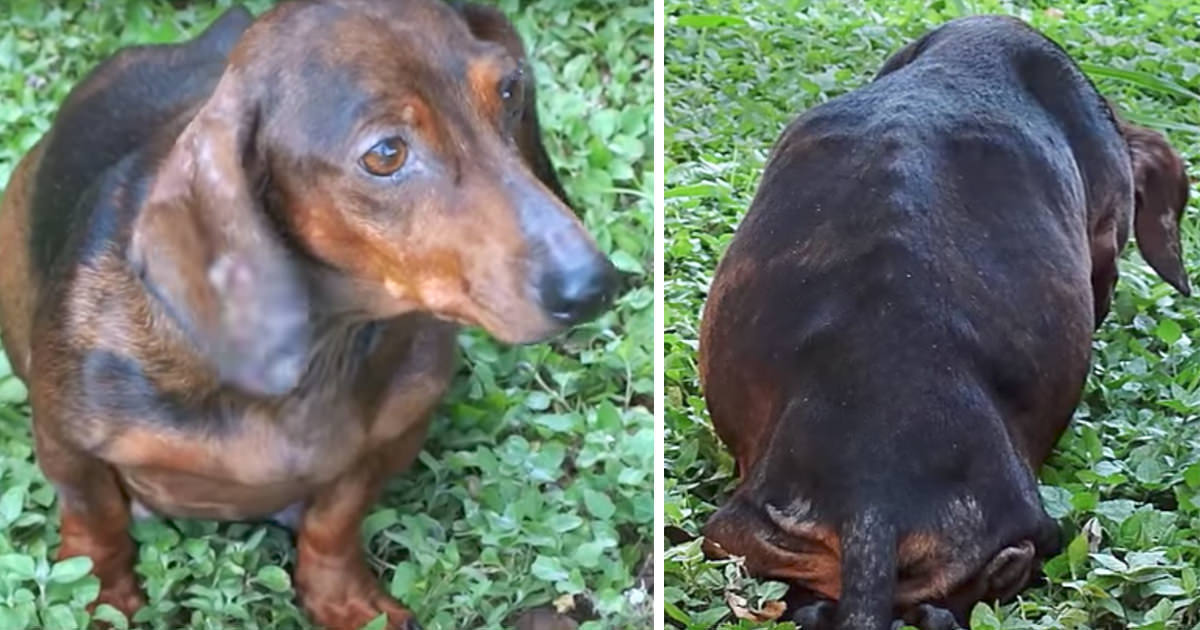 When I hear a story that’s both inspiring and tear-jerking, I always feel uplifted and encouraged — and it’s hard for me to stop thinking about it.

The story of a little dachshund named Maria is definitely like that, even though it starts off so bleak.

Maria was found abandoned and alone. She was pregnant and about to give birth. But when some animal lovers found her, they immediately discovered the awful truth.

Seeing an animal suffer is one of the worst things I know.

So I’m always incredibly happy to hear stories about animal lovers who help vulnerable animals in any way they can.

The dachshund Maria hasn’t had an easy life. When she was found, she was abandoned and pregnant.

Because of their short legs and long bodies, dachshunds often have back problems and it’s not uncommon for them to become paralyzed if they don’t get the right treatment when they need it.

That was exactly what happened to Maria, who was paralyzed and about to give birth to a large litter of puppies.

But what’s almost more heartbreaking is the way Maria got that way.

Maria’s owners used her to breed puppies, and when they realized she would need a $3,000 caesarean section, they simply abandoned her.

The people who found Maria realized it was a life-and-death situation. Her stomach was huge and she could give birth at any time.

The Texas animal organization “Friends of Emma” took in Maria and made sure she could deliver her puppies safely — and in the process, they saved her life.

Soon, they grew big and strong and the good news could have ended here. But it continued…

Just months after her successful delivery, Maria was able to walk again. The little dachshund who was once paralyzed and abandoned was now getting the love and care she needed. Isn’t that the best?

Learn more about Maria and her adorable puppies in this video:

Aren’t the folks who saved Maria wonderful? I hope Maria never has to suffer again and is always surrounded by loving people.

No animal deserves to suffer. Share this article if you agree.