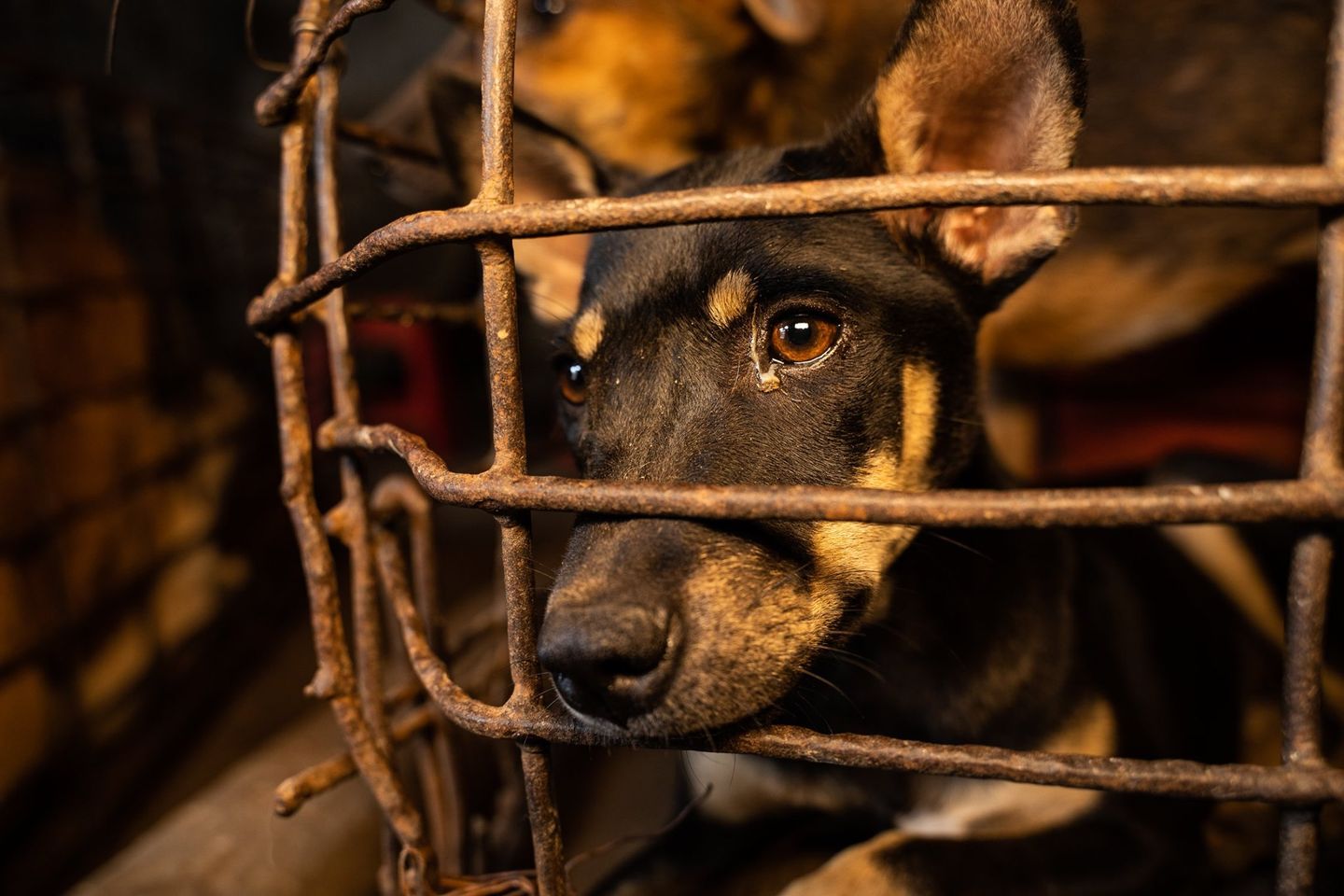 Dogs are beloved pets all over the world, so it’s impossible to imagine that people are still using these animals as meat.

And yet, a horrific and inhumane dog meat trade continues in many countries. Dogs are kept in terrible conditions in slaughterhouses before being killed.

Luckily, there are animal activists out there working to put a stop to this trade, sparing dogs from becoming meat. And this week, the organization FOUR PAWS put an end to a particularly infamous slaughterhouse that had operated for decades.

FOUR PAWS International is a global animal welfare organization that fights to end institutions that cause suffering to animals. They’ve recently been behind the relocation of Kaavan the elephant and the shut down of an infamous Pakistan zoo.

One of their major causes has been shutting down dog slaughterhouses across Asia and rescuing the survivors — and they recently sent their sights on a particularly horrific operation in Cambodia, in operation since 1995.

“This slaughterhouse in Skun is by far the worst place our team has ever seen,” FOUR PAWS wrote in a press release, estimating that a million dogs have been killed there since opening.

“At peak times, up to 200 dogs a day, puppies included, are subject to a slow death in one of its drowning tanks,” they wrote.

“Cages of dogs are lowered in the dirty water and left until the cage is pulled up again. Motionless bodies lie inside.”

During a visit, the group found 16 puppies, less than six months old, alive but living in hopeless conditions: “Lying on top of each other, cowering in fear in four rusty metal cages, severely dehydrated and most of all terrified, they had given up on fighting back,” FOUR PAWS wrote.

They also witnessed the “drowning pits,” where the dogs were mass slaughtered on a daily basis.

They knew they had to work fast to shut down this slaughterhouse once and for all.

On March 4, FOUR PAWS got to work rescuing the dogs and dismantling the slaughterhouse.

Sadly, some of the dogs tested positive for parvovirus, a potentially fatal disease, and required emergency medical care. But despite the horrible conditions they lived through, many of the dogs saw hope.

“While they were shy at the beginning, they quickly warmed up to us, with some of them showing incredible gratitude and joy in spite of the unexpected affection we gave them,” FOUR PAWS wrote on Facebook. “Even more than the food and water, these dogs were thriving under the love we had brought with us.”

The dogs went into the care of Animal Rescue Cambodia, while FOUR PAWS dismantled the now-empty slaughterhouse — which meant taking apart the rusty cages and the drowning pool.

While these 16 dogs are finally rescued, and the slaughterhouse is finally shut down for good, their mission is far from over.

The dogs will require extensive medical care, and will need help overcoming the trauma of everything they went through. FOUR PAWS will continue to support these dogs through donations.

And the dog meat trade continues in many parts of the world. FOUR PAWS will continue working until they are all shut down.

“While this slaughterhouse is closed, there are many others out there,” they wrote.

Thank you to FOUR PAWS for shutting down this slaughterhouse and saving these dogs. Share this story to spread the word about the important work rescues are doing to shut down the dog meat trade.