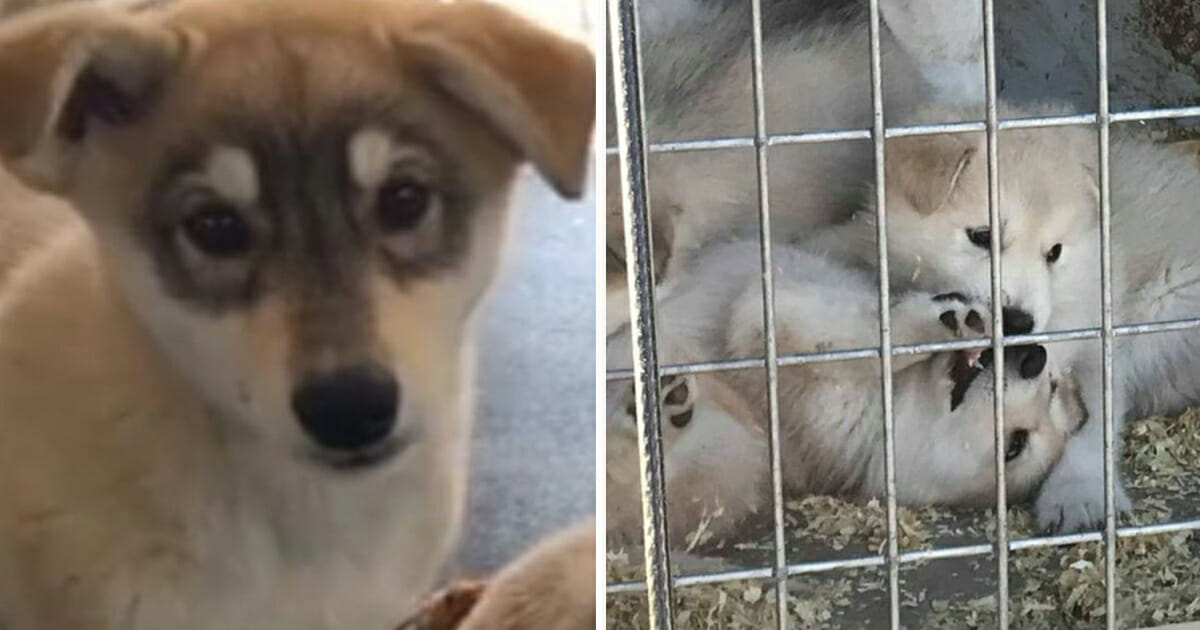 Unless you’ve been living under a rock (or else had a really, really bad teacher in school), you’ll know that dogs are descendant from wolves. Over the course of thousands of years, they were domesticated, with their behavioral traits and appearances changing as a result.

Of course, wild wolves still exist in the world today, giving certain breeders the opportunity to create ‘Wolfdogs’ by breeding tamed wolves with large dogs such as Siberian huskies, Alaskan Malamutes and German shepherds. With it being illegal to own a wolf in most states, the cross-breed spawn can be highly sought after pets.

Because the offspring of wolves and dogs are only half-wolf, they’re not technically illegal. Sadly, due to the money there is to be made, they’re often found in puppy mills, with breeders aiming to cash in on a somewhat exotic creation.

Recently, one such operation in California became so overrun with pups that the local government was forced to shut them down.

There were over 160 Wolfdogs in the facility, with officials stating that if the number of dogs wasn’t reduced, they’d have to start euthanizing them. Fortunately, rescue organizations rushed in to save the little pups, managing to recover a vast majority. That said, there are still believed to be around 60 more that have to be saved by November 2 this year.

Combining those that have been removed from the facility with those that remain gives the organizations a whole lot of wolves that need help.

The Pets Return Home Rescue in California, Arizona, took on more than 24 pups and two pregnant females, one of which has since given birth. It should go without saying that they’re now stretched in terms of their resources.

What the Wolfdogs need most at the moment is love and affection. The rescue is aiming to deal with any health issues they may have, whilst at the same time letting them know their safe and in good hands.

The organization places an emphasis on the behavior of the animals they save, so that there are no lasting problems when they’re eventually moved on to their forever homes. In order to do this, however, they rely on volunteers. With the wolf pups, they’ve issued a plea for help in order to find people for the dogs to socialize with.

The rescue also needs donations, with each fur baby costing around $2,000 a month to feed. If you think you can help, visit their website or Facebook page for more details.

If I was closer, I’d certainly be willing to cuddle with some Wolfpups!

If you think puppy farming is wrong, and that all dogs should be given a fair chance in life, share this article to show your support!