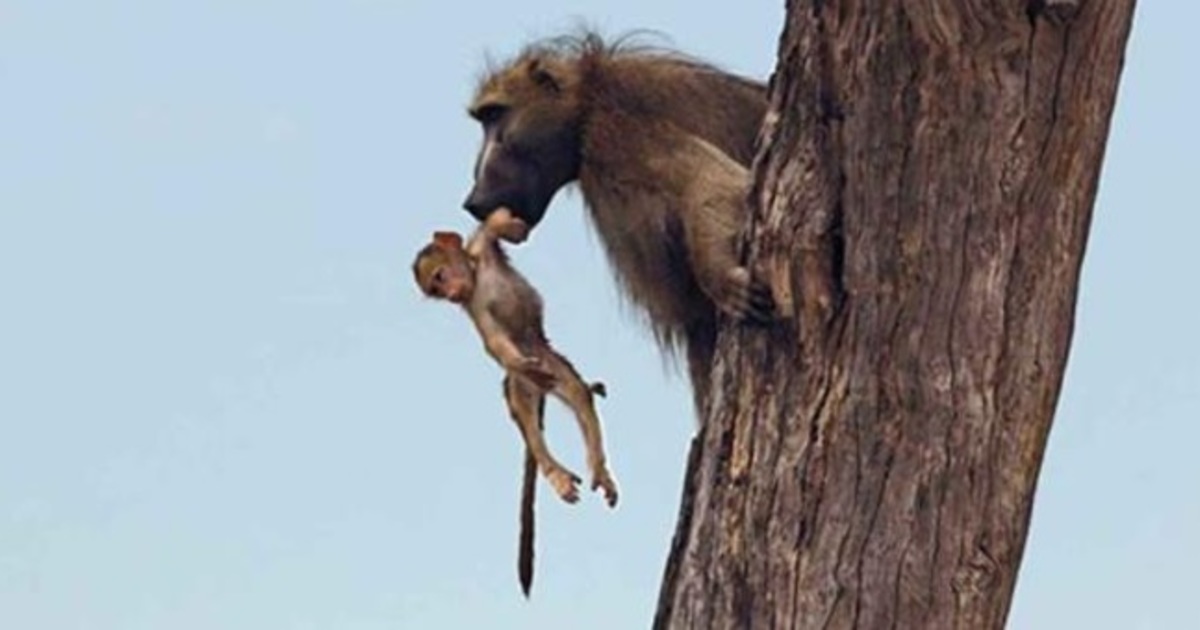 Wildlife photographers have the best job. They get to see nature up close, and sometimes, they see things that no one would believe if it weren’t for the photos they took.

This story takes place in Botswana in Africa and is told in a series of incredible images taken by Evan Schiller and Lisa Holzwarth.

It was a life-or-death situation for a baby baboon. But then the situation completely transformed when a lioness’ motherly love took over.

The way that the wild animals in this story relate to each other is nothing short of amazing!

According the Imgur user who uploaded the story, a lioness charged a group of baboons and managed to grab a female by the teeth. But little did the lioness know that the baboon’s baby was still clinging to her dead body.

Soon, the baby baboon let go of his mother and tried to climb a tree. He was was too weak, though.

The lionness went over to him and the photographers feared the worst.

But then, a miracle occurred. Instead of mauling the baby baboon, the lioness was just curious about him.

Soon, the lioness started to gently play with the baby baboon.

The photographers had a hard time keeping their cameras rolling because they thought that the lioness might just be playing wth her food and could take a bite at any moment.

Instead, the lioness was remarkably gentle with her new friend. She picked him up in her mouth and carried him away.

By now, the story was looking like it was ripped straight out of “The Jungle Book”!

By now, the baby baboon was feeling more comfortable in the lioness’ company. Perhaps because the lioness’ motherly instinct had kicked in.

When a male lion arrived on the scene, the lioness immediately got up and fended him off.

Meanwhile, another creature was watching the whole thing. It was the baby baboon’s father, who was sitting in a tree nearby. He took the moment to make a move. In one instant, he rushed down the tree, scooped up his little one, and climbed back up the tree to safety.

Unbelievable! The baby baboon was saved first by the lioness and then by his dad.

We humans have so much to learn from wild animals! Please share this amazing story with your friends if you also love animals!