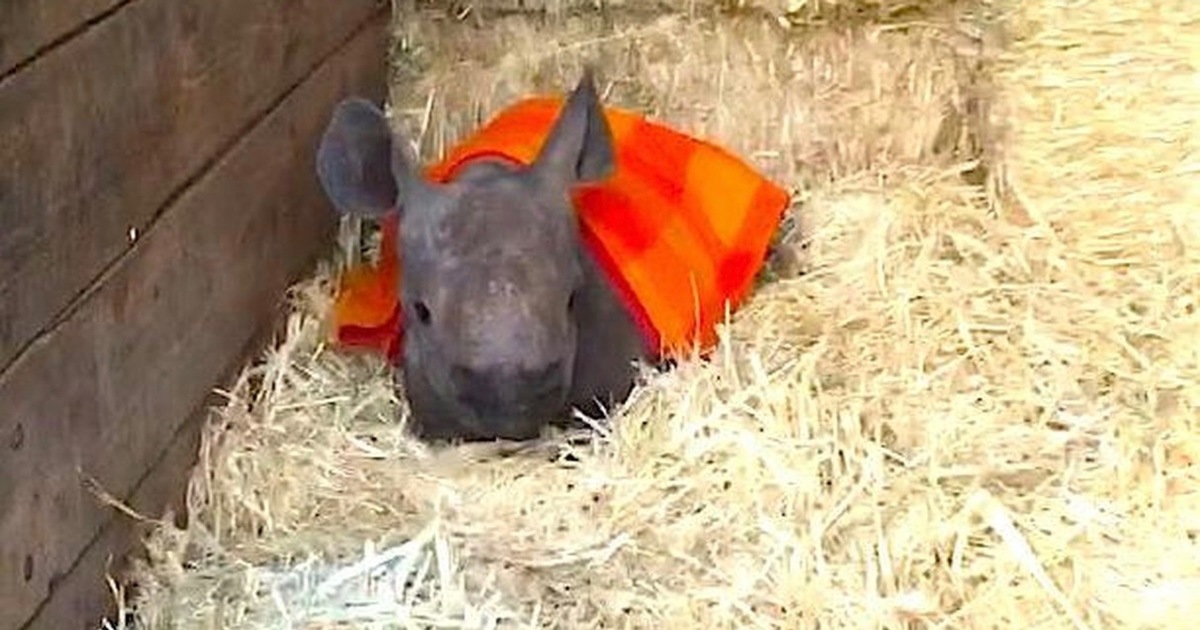 Kitui is a baby black rhino who loves his orange blankie. So each evening, after a day spent playing with his other baby rhino friends at Lewa Wildlife Conservancy, in Kenya, Kitui returns to his bed and snuggles under it. Kitui was brought to Lewa because his blind mother was unable to protect her previous babies from predators, and he’ll stay there until he’s three or four, when he’ll be ready to go back into the wild. But for now, he’s got the love and care of his caretakers at Lewa… and he’s got his favorite blankie!

Kitui’s blind mother couldn’t protect her previous babies from predators, so Katui is being raised at Lewa Wildlife Conservancy. His foster “mom” is Elias.

But at the end of the day, Kitui returns to the comfort of his pen and his orange blankie.

Kitui sleeps next door to his keepers, who check on him throughout the night and bring him snacks.

Wanjiku Kinuthia, of Lewa, told The Dodo, “Kitui is one of Kenya’s estimated 640 critically endangered black rhino. Every individual counts in ensuring the species survives.”

When Kitui is three or four years old, he’ll be released into the wild. Until then, he’s being given everything he needs to grow up strong.

Learn more about black rhinos and the work that Lewa does for them on the conservation society’s website.

If you are happy to see Kitui being so well taken care of, please share his story with your friends on Facebook!