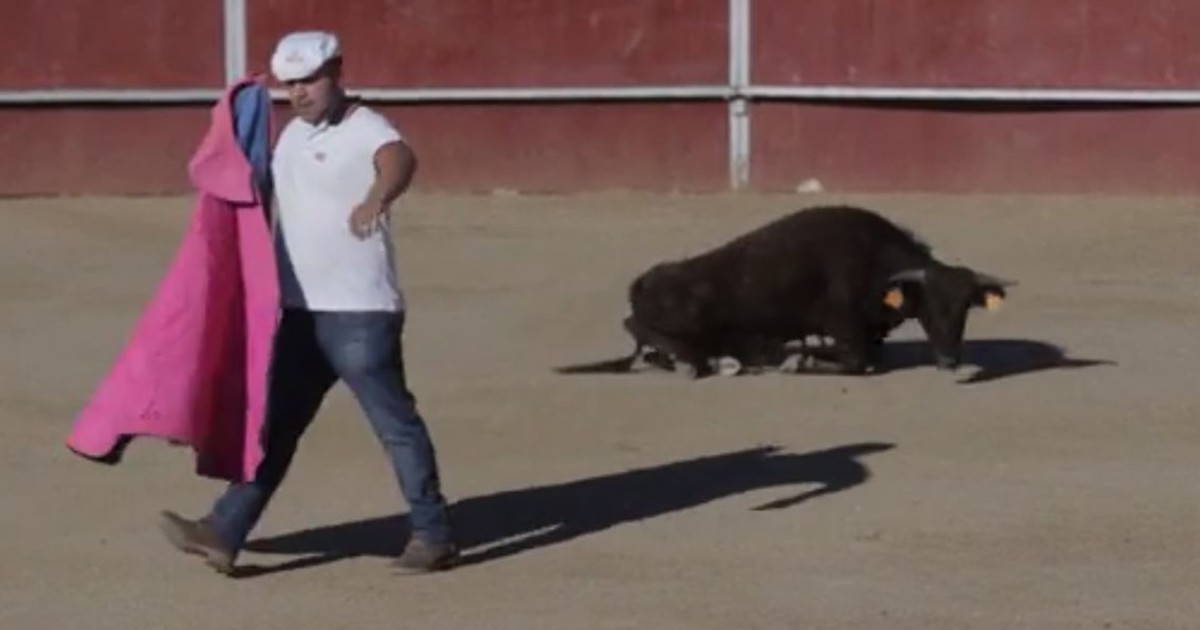 Every once in a while, a video comes along that makes us all want to close our eyes. But it is only if we can keep our eyes (and our hearts) open that we can stop animal abuse.

A shocking video from a bullfight in Spain has been released online and it’s more horrifying than I could have imagined.

The video was released by animal rights activists and shows some of the unspeakable things that still take place at bullfights.

And now it’s been shared thousands of times and received thousands of reactions and comments on Facebook. And hopefully the cruel practice of will finally come to an end soon in Spain. Scroll down for more on the story and how you can add your name to the protest.

A toreador throws two spears into the back of a bull, who moans out in agony. Now writhing in pain, the bull charges him before falling down.

But these are no ordinary images, and this was no ordinary bull. The animal that was killed for the amusement of the crowd was less than two years old, and hadn’t even been weaned of his mother’s milk, according to The Mirror.

PACMA released the video on their Facebook page, and it is truly horrifying to watch. According to the group, an upcoming bullfighting festival in the town of Valmojado in Spain’s Toledo province will feature more baby bulls being slaughtered.

But fortunately, the video is having an effect in Spain. PACMA president Silvia Barquero “We have realized these last few hours that now more than ever the populace is rejecting any form of animal abuse and becoming more aware.”

The local government, however feels justified in carrying on with the bullfights. They said that the local government has approved the festival and that “the activities are supervised by a veterinarian and governmental authorities.”

For me this makes it almost worse, because governement officials and especially veterinarians should be trying to protect animals and not supporting their abuse.

Watch excerpts from PACMA’s full length video below, but be warned that it contains graphic images:

Sign this petition to demand a national referendum on bullfighting. And share this article to spread awareness!