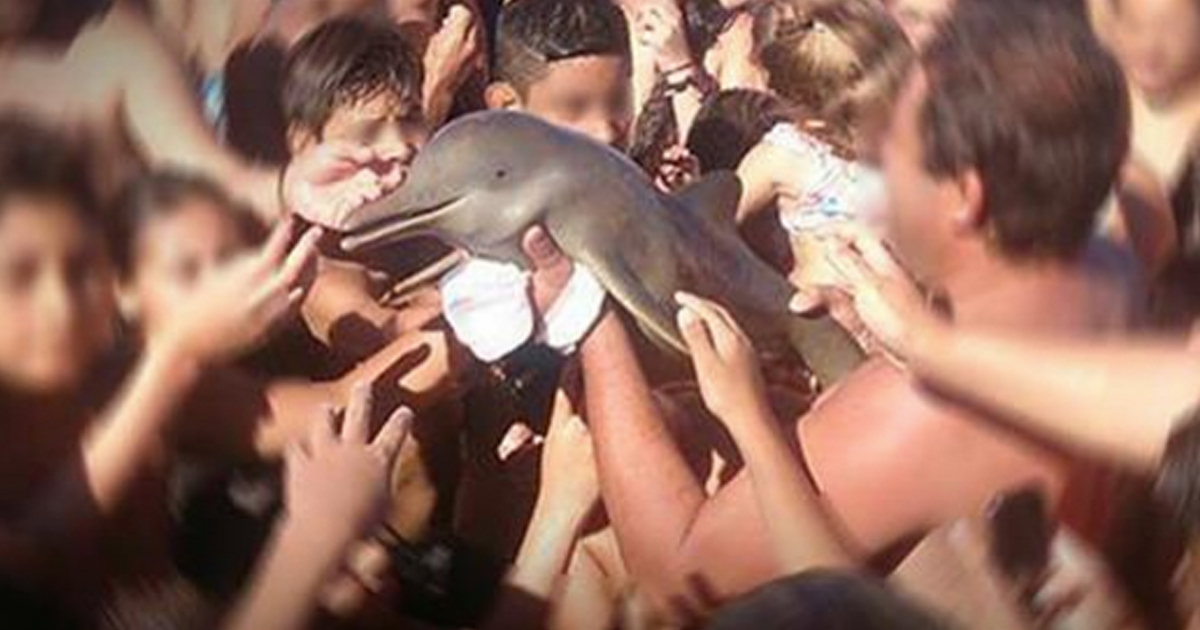 I was incredibly saddened when I read this. It just felt so unnecessary and tragic. This is a great example of a tragedy that could easily be prevented if people just showed a little more consideration. Still, I believe that tragedy can be avoided thanks to awareness, so I’m hoping that passing this along can shed some light and help prevent similar incidents from occurring in the future.

Last week, a young Franciscana dolphin was killed on a beach in Argentina. According to reports, the animal was, along with other dolphins, removed from the water in order for tourists to take a picture with it.

Images revealed the dolphin surrounded by people on a beach completely unprotected under the sun.

“Dolphins can not survive long above water. They have a thick skin to survive in cold water, so it quickly becomes dehydrated and they can quickly die in hot weather,” writes an expert from the Silvestre Foundation.

The same organization confirmed that at least one dolphin died of during the incident.

As if not enough to lose a life due to someone wanting to snap a selfie, this particular species of dolphins are listed as “particularly vulnerable” and are found only in southeastern South America.

This is not the first time that animals have been hurt or killed because people want to take pictures with them, unfortunately, but I am really hoping it could be the last.

Please spread awareness on this. You may not realize what you’re doing on the spot and that you could really unintentionally hurt or even kill an animal, so please pass this on to everyone you know now. Strong>