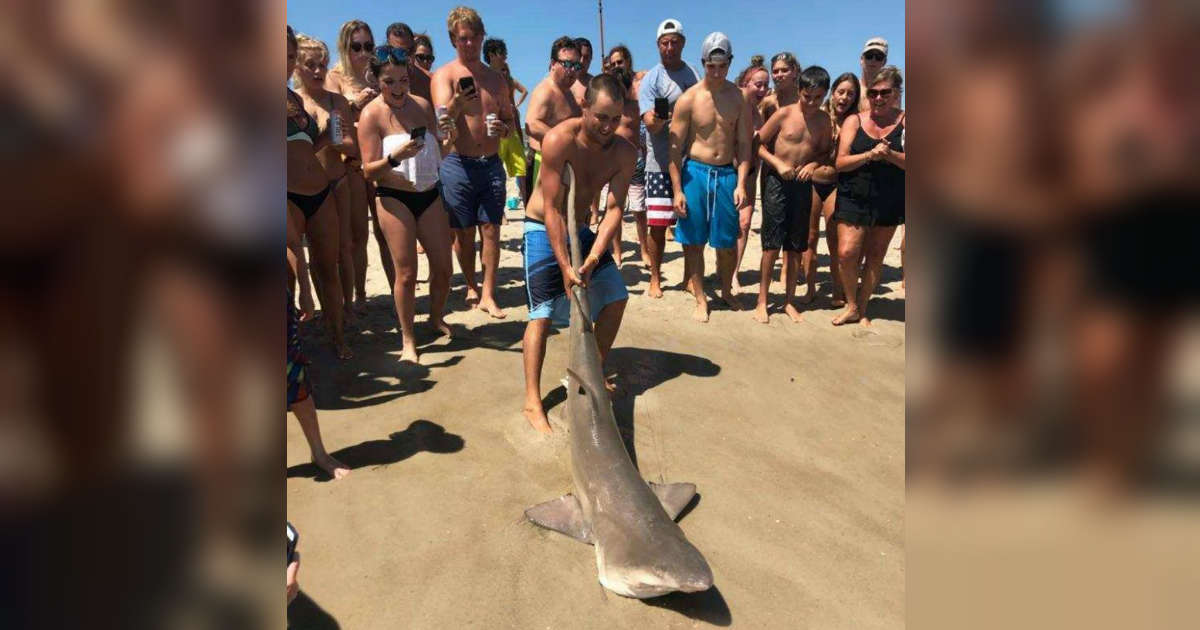 Sharks are incredibly misunderstood creatures, thanks in no small part to the iconic 1975 horror film ‘Jaws’.

Seen by many as vicious man eaters, they boast a terrifying reputation that’s largely unwarranted. After all, sharks are creatures the same as any other; they deserve to be treated with respect and compassion wherever possible.

Sadly, that’s often not the case. Just last week, on a beach in Fire Island, New York, did a man haul a sand tiger shark out of the ocean so that beachgoers could take selfies with it…

Although the shark in question was eventually returned to the water, it’s illegal to pull protected species up onto the beach, not to mention extremely dangerous for the fish itself.

So this just happened.. caught in Kismet, Fire Island, New York. Apparently, this shark was caught and dragged up the…

George Burgess, director emeritus of the Florida Program for Shark Research at the Florida Museum of Natural History, reportedly told The Dodo: “There’s no doubt it was pretty hot out when that picture was taken, and once out of the water, sharks can not breathe.”

Not only that, but there are significant risks associated with taking a shark from the water anyway; risks aside from them not being able to breathe. Due to the different gravity present on land, sharks can suffer unseen internal injuries when hauled from their natural habitat. Just because they swim off when you’ve placed them back in the ocean, doesn’t mean they’re guaranteed to survive.

“Sharks are not designed to live in the type of gravity we have on land,” Burgess said.

“This lack of buoyancy pulls their organs downward and can cause the tissues that hold their organs in place to tear. That can lead to the death of the animal, even if it’s thrown back into the water.”

A cousin of the great white shark, but of no relation to tiger sharks, the sand tiger shark is a species that regularly hunts schools of fish. There have been no confirmed human fatalities as a result of their bites.

Since the incident in question, many people have taken to social media to condemn the picture, in which beachgoers can be seen smiling as they take their own snaps of the fish being held by a man.

Whatever your view on sharks, it’s likely you are as disgusted by the image as we are. Help us by SHARING this article on Facebook to spread awareness!