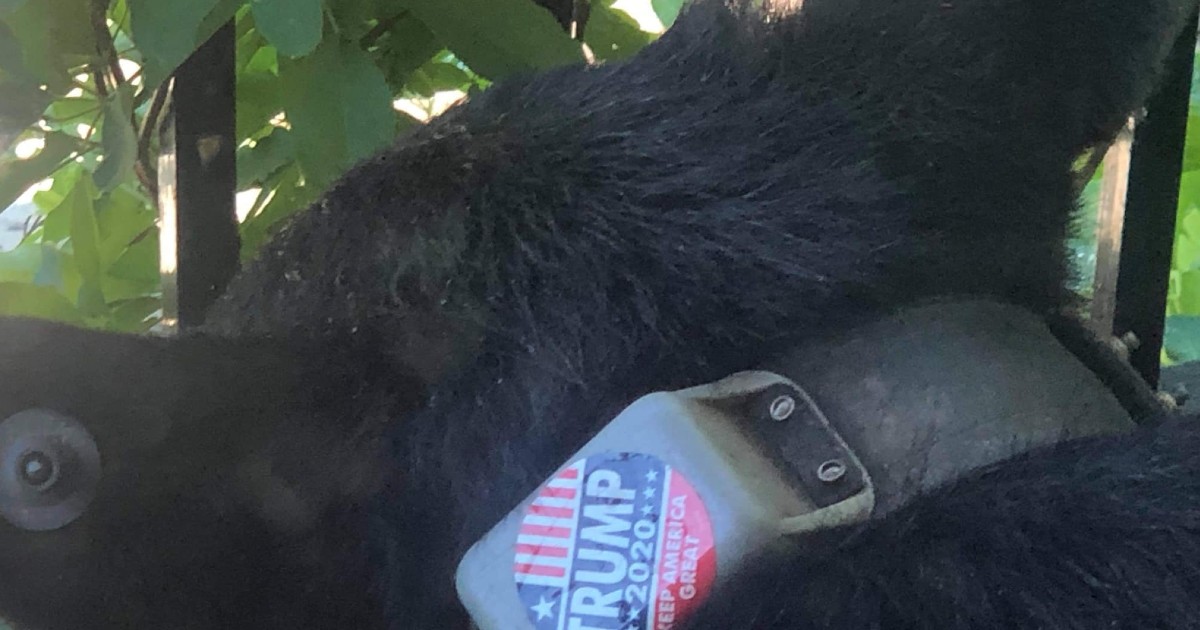 Wildlife activists are asking for the public’s help after a black bear was spotted in North Carolina with a political sticker on its collar.

According to the group, which consists of a “multi-range of professionals” working towards giving the black bears in Asheville, North Carolina a better and safer life, one of their supporters recently spotted the bear in North Asheville.

Sheila Chapman said in her note to HAB that bear sightings are fairly common where she lives, and the first time she saw one she became concerned when it was wearing a collar.

“The collars are heavy and the bears are obviously uncomfortable, especially when becoming adapted to the heavy appliances.”

She discovered they were part of a research group and after talking with the organization that fitted the bears with the ear tags and collars, she felt that though the bears were uncomfortable, “the group sounded committed to protecting our Urban bears and promoting their health and well being.”

“That is why I was shocked to see this on the bear’s collar today. I believe this is an abhorrent practice,” she wrote.

“We have so many places in this world to put stickers and express our political views,” Chapman told WCYB. “Using a wild animal for that is cruel and inhuman. It’s not OK.”

She attempted to contact the research group, as well as the North Carolina Wildlife Resources Commission, but was unable to get in contact with either.

Now, HAB is offering a $5,000 reward to anyone who has information about the person responsible for placing the sticker on the animal’s collar.

According to reports, this isn’t the first time this has occurred. In 2019, a black bear was spotted in the same area with a sticker on its collar. While it’s possible it’s the same bear, HAB doesn’t believe it to be the case as the position of the sticker is different.

No matter your political affiliation, placing a sticker on a wild animal is cruel and should not happen for any reason.