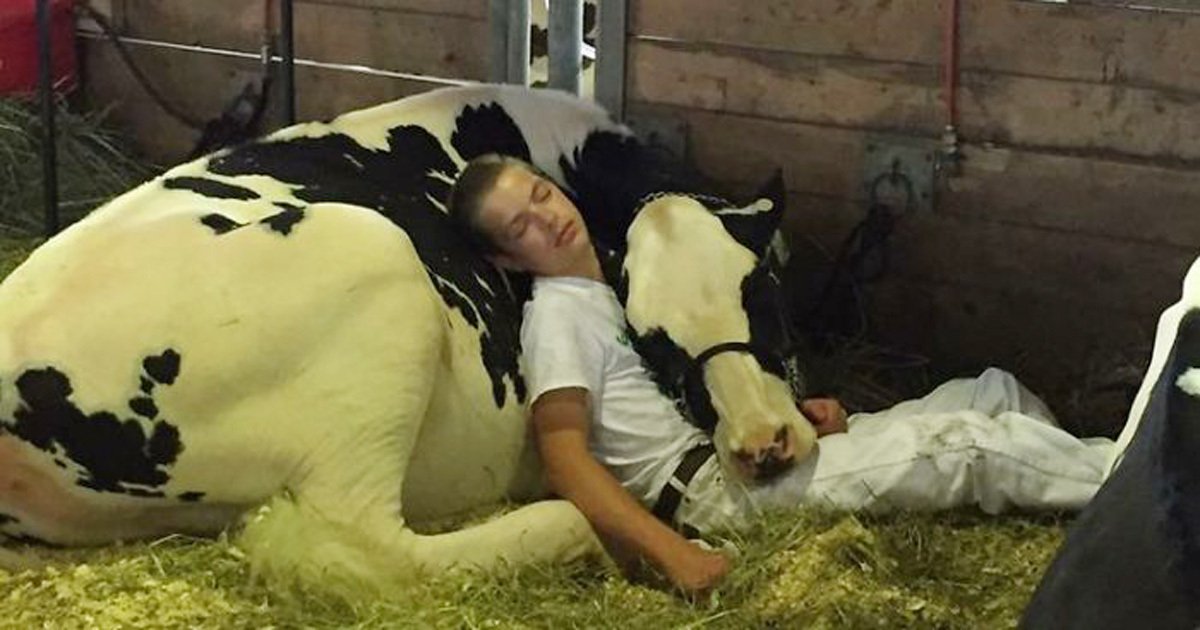 15-year-old Mitchell Miner had had a long day.

You see, Mitchel and his cow Audri had participated in the Iowa State Fair youth dairy cattle show, a competition where your cow gets to compete with other local cows.

Mitchell and Audri put up a good fight but only ended up in fifth place of the total seven participants.

After the competition, they both decided to rest a little.

Naturally, after the competition and the intense preparation it required, both Mitchell and Audri were exhausted.

When Mitchell’s dad found the pair fast asleep in the shed, he couldn’t help but take a picture.

The picture has now become a viral success online, and that’s not surprising. It’s the cutest thing we’ve ever seen.

“I think it’s just when you spend that much time with them, they get really comfortable with you,” Mitchell’s mom told the Des Moines Register.

Both Mitchell’s parents were raised on farms and although they’re no longer ‘country bumpkins’, they still think it’s important that their children experience country life every summer.

I think it’s safe to say that Mitchell appreciates his parents’ initiative — he sure looks happy with his heifer Audri.

Mitchell and Audri will be parting ways this coming fall, as Audri will have return to her dairy farm.

But after seeing this picture, I have a feeling Mitchell might want to get his own cow one day!

It’s great to see the connection humans are able to make with animals — please share if you agree!