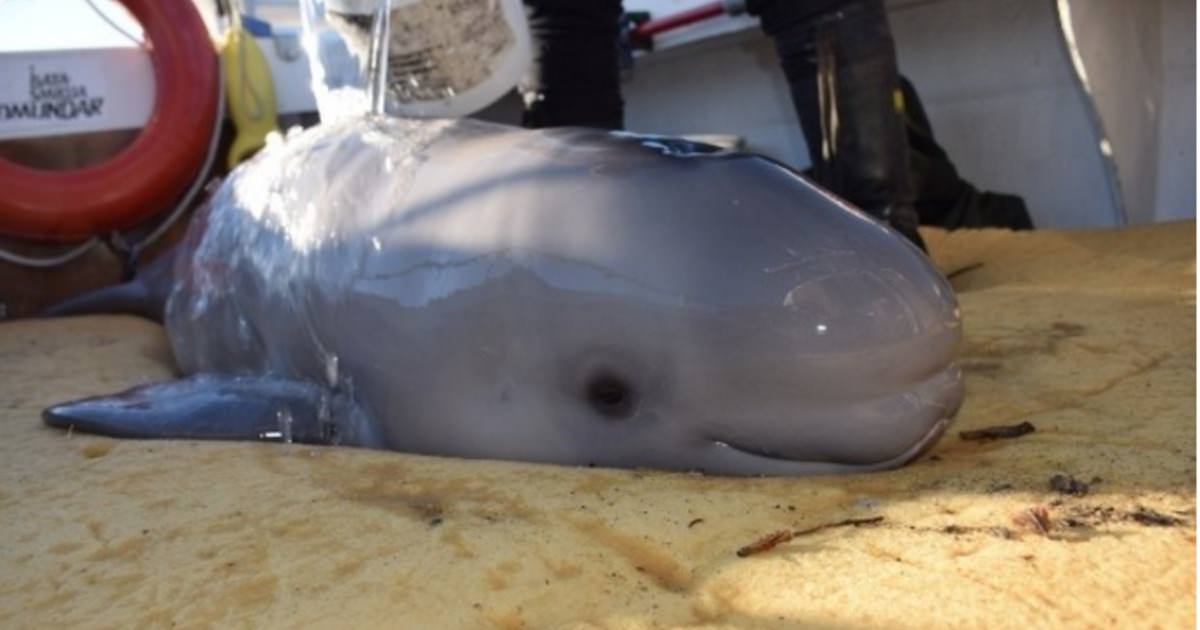 I’ll never forget while in 2nd or third grade, we had to pick a local animal and write a report about it. I chose the beluga whale, which happened to be a species in danger around where I grew up, in Northeastern Canada.

As a little girl writing that report, I got to learn about the gentle sea animals: the food they prefer, the water temperature they like, but mostly I just thought they were so darn cute.

So when I came across this story, I was particularly touched.

A baby beluga whale recently found itself stranded on a beach in Quebec, Canada, unable to move. Its chances of survival were slim…

Thankfully, a family of vacationers happened to be nearby.

The boys who stumbled upon the baby beluga quickly scrambled to save its life.

“We dug a hole so that water would accumulate and its skin would hydrate,” 15-year-old Nicholas Milliard, who first found the calf with his younger brothers, told CBC News. “Every five minutes we got it a bucket of water. The water level was dropping, and it was becoming more and more difficult to get water.”

The family managed to keep the beluga as safe as possible until help arrived.

Researchers with the Group for Research and Education on Marine Mammals (GREMM) arrived to carefully move the beluga baby back into the waters.

The baby discovered on shore, just days old, is desperately in need of a lactating mother. As the baby beluga washed up on shore was an orphan, with her mother most likely deceased, the hope, according to a marine life expert at the GREMM, is for another female beluga to feed her.

Unfortunately, there are no guuarantees that this will happen, but I’d say the baby beluga, at least, has a fighting chance. We saw her determination when she held out on the beach for her young heroes!

The area where the baby was found once boasted thousands of beluga whales. Today, the population is estimated at less than 900. That decreasing number is due to the river’s rising pollution levels.

For more information on what you can do to help support the beluga whales of the St. Lawrence River, click here.