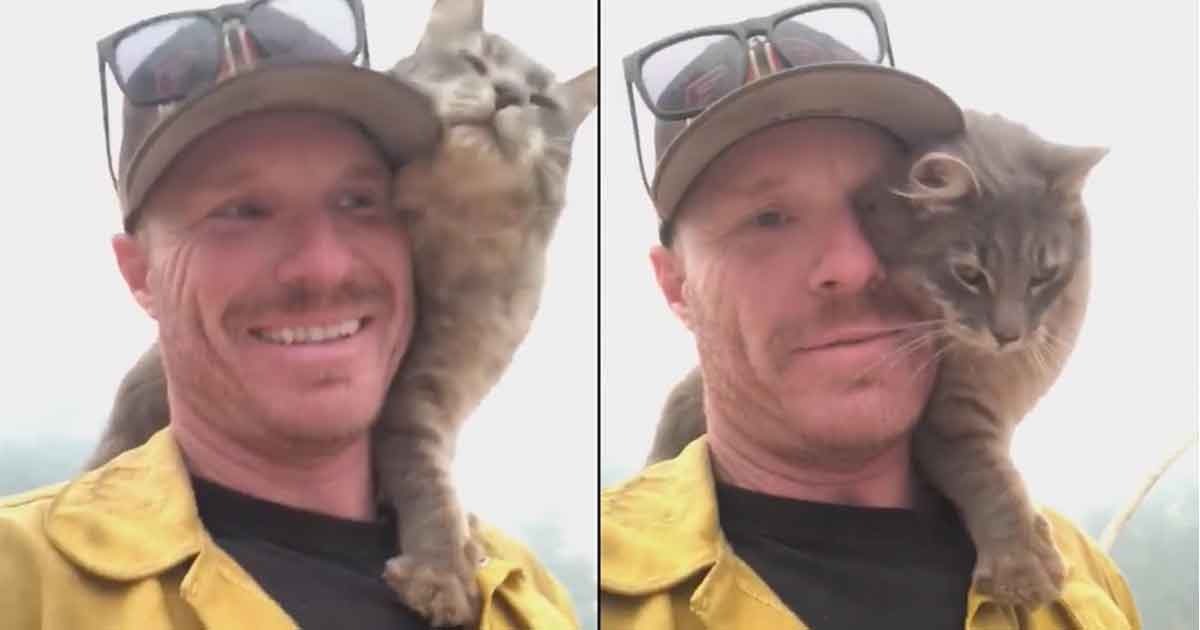 The wildfires raging in California have brought devastation on an untold scale.

Thus far, there have been 79 confirmed fatalities as a result of the blazes, and as of this morning night 699 people were still missing.

Humans and animals alike are fleeing for their lives, and all the while firefighters run the other way in a bid to tackle the fires once and for all.

In such desperate times, it’s important to highlight positivity when and where it exists. Which is why we’re happy to share the story of firefighter Ryan Coleman, and the poor rescue cat that became his friend for life …

While on duty, Ryan caught sight of a little cat, lost and alone, and knew he had to save it.

It’s easy to see they quickly bonded with each other.

The video below has already been seen millions of times, while tens of thousands have chosen to like and share … it’s not at all difficult to understand why.

Please help us spread this video further, so that everyone can appreciate the animal hero that Ryan is!

A huge thank you to all firefighters for what you do!