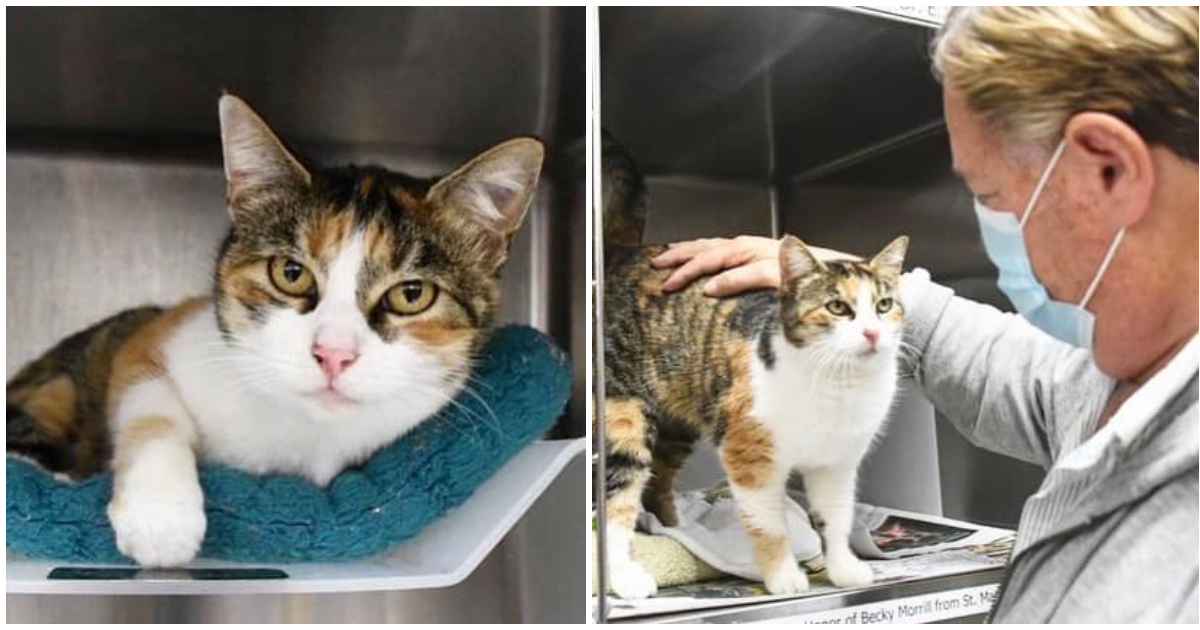 It’s always heartbreaking when a pet goes missing. You’re left worried and wondering what happened to them.

It’s even worse when an animal disappears after a natural disaster. You are left to assume that your pet didn’t make it out alive.

But sometimes animals have a knack for surviving even the worst disasters — and can come back even when you least expect them. Like one cat, who was presumed dead three years ago, only to make a miraculous return.

In January 2018, Southern California was struck by a series of devastating mudflows, which caused massive property damage and claimed the lives of over 20 people.

One of the tragic victims was a woman named Josie Gower, who was killed by debris flow in her neighborhood in Montecito.

Josie’s cat, Patches, disappeared the same night, and was presumed to have died with her owner, according to AP.

But last month — and just before the third anniversary of the disaster — a stray calico cat was brought to the ASAP Animal Shelter Assistance Program. Vets scanned the cat’s microchip, revealing her identity.

It was Patches — miraculously still alive after all this time.

It must’ve been an emotional moment — a reminder of the tragedy and the life lost, just a week from the third anniversary: the ASAP says it seemed like Norm had “seen a ghost.”

But still, these two old friends were very happy to see each other.

“Though we don’t know exactly what she’s been doing with her life for the past three years, we can see that both Patches and Norm are thrilled to be reunited,” ASAP wrote on Facebook.

It’s an unexpected miracle, and like many stories like this, we have pet microchips to thank. The ASAP offered a reminder of the importance of these microchips, which can be used to identify a stray pet’s owners even after years apart.

Otherwise, this “reunion no one thought possible” would’ve never happened.

“As we see time and time again, a lost cat with a microchip has a much greater chance of being reunited with their family…no matter how, or for how long, they’ve been separated,” they wrote.

It isn’t clear what Patches has been up to all this time, but she was found less than a quarter mile away from her home in Montecito.

But the important thing is that she’s now reunited with a loved one, and will get to spend the rest of her days safe at home.

What a miracle! It’s so great that this cat survived — an unexpected surprise for the family and friends of a victim of tragedy.