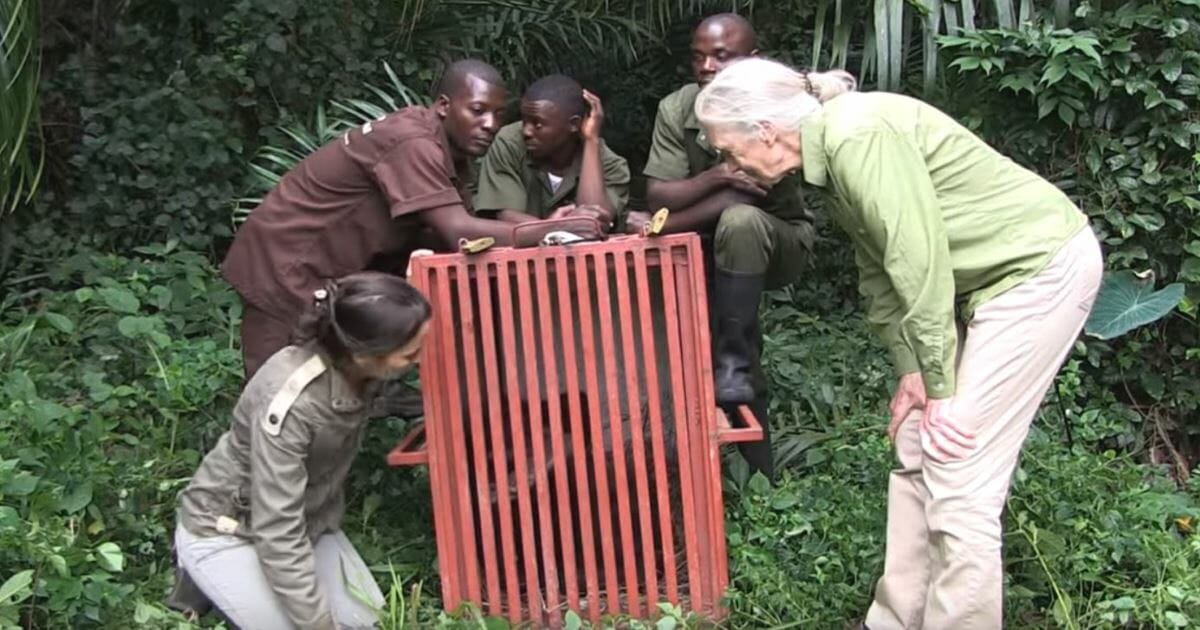 It doesn’t matter if you’re one of those people who is completely besotted with animals or not, there are certain videos that can’t help but bring tears to your eyes.

In recent years – thanks in no small part to the internet and the ever-growing influence of social media – it’s been practically impossible to avoid beautiful clips of animals, opening the door for many of us to witness spectacles we might not have before.

That includes videos such as this one, which has already been shared by millions of people. It’s the emotional moment between a woman and a chimp, with the chimp saying a long farewell before being released into the wild forever. The clip is from 2013, but the message it sends is more true than ever today …

Jane Goodall is not only a famed scientist, but also a hero for animals the world over.

One of her lifelong missions – and one that’s virtue really can’t be understated – is rehabilitating sick and injured chimpanzees; preparing them for a second shot at life in the wild. The Jane Goodall institute in Congo is one of the places that helps to bring her vision to life.

Wounda the chimp ended up at the rescue having become ill and frail in the wild. She wouldn’t have survived for much longer had she not received medical help, but the expert care she received at Tchimpounga restored her vigour.

In fact, Wounda was relocated to Tchindzoulou Island, one the three islands that form the sanctuary, and was given the life-saving treatment and love she needed.

During her stay at the institute, Wounda and Jane formed a bond, one that’s sanctity would truly be shown when it finally came time to release the chimp back into the wild. Having responded well to her rehabilitation, Wounda was to return to her true home, but first there was the small matter of saying goodbye.

After travelling deep into the jungle in a crate, Wounda is let out and spends some time examining the trees. Then she turns and embraces Jane, as much as to say ‘thank you’ for saving her life, before disappearing into the tree line and submerging herself in the jungle once more.

Watch the emotional video below. Be warned, you may need a tissue or two:

I’m not crying, you are!

Share this video to remind people of how special animals truly are, and of the unbreakable bonds they can form with humans.