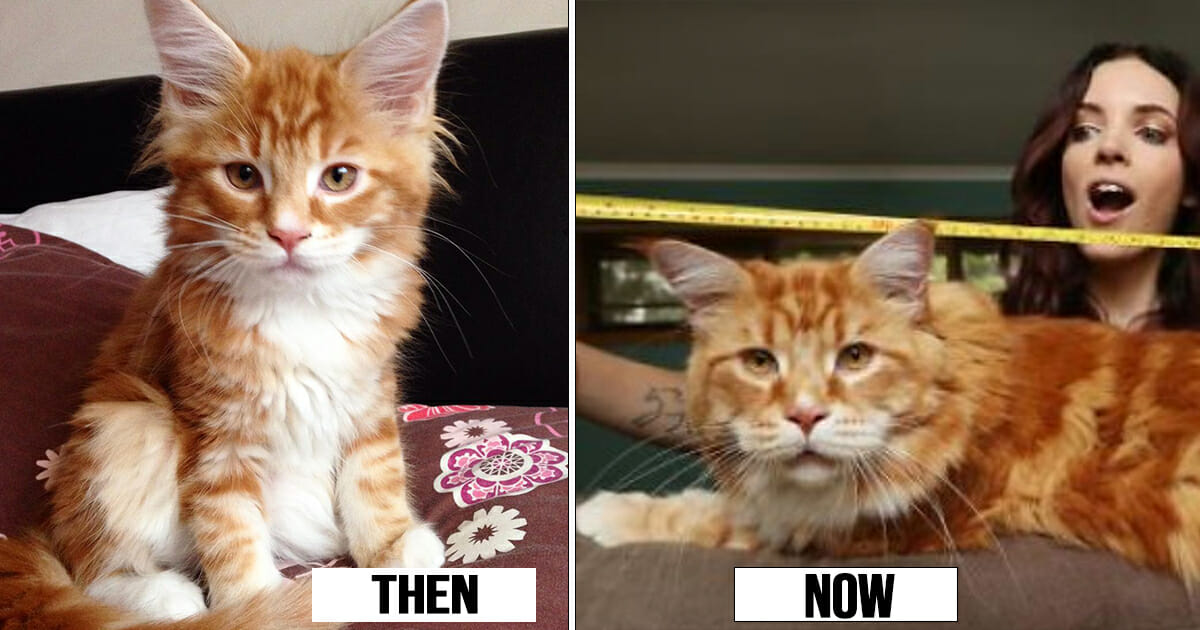 I often fondly recall the very first day I met my fur-baby. I’d been planning on getting a dog for a long time, and so when I went to pick up my pup I was overwhelmed with excitement.

I can imagine Stephy Hirst felt the same when she went to collect her new kitten, Omar. Omar was a small ball of fur, the same size as his siblings, and, much like when I went home with my Weimaraner/Rhodesian Ridgeback cross, Stephy had no idea just how much he would grow.

Fast forward to present, and ‘little’ Omar has been a contender in Guinness World Records for the title of World’s Longest Cat.

“He got to that [length] before he was one year old, and that’s when we sort of realized that he’s not nearly done yet.”

It turned out Hirst was right; Omar wasn’t neatly done. Now full grown, he measures an incredible 120cm (47in) and weighs more than 30-pounds.

By all accounts, he’s a fun-loving boy who gets up at 5:00am every morning, enjoys napping on the trampoline and has something of an affinity for raw kangaroo meat.

“It’s the only meat we could find that he actually wants to eat,” Hirst said.

Hirst said she and her partner had to lock Omar out of the bedroom at night, simply because he takes up too much room in the bed. He does, however, have an Instagram account that’s quickly growing in popularity.

“All of our friends want to come over and see our cat,” Hirst said, speaking to the the BBC.

“The say ‘is that Photoshopped?’ or ‘that can’t be real’ and then they see him in the flesh.”

Hirst was contacted by Guinness World Records, who wanted to take Omar’s measurements to see if he could be the longest (domestic) cat in the world.

According to reports, Omar’s length made him half an inch longer than the previous record holder, another Maine Coon named Ludo.

When Dad has been at work all day and now that he is home he is doing more work and not giving me more food.

In any case, we think Omar is absolutely beautiful.