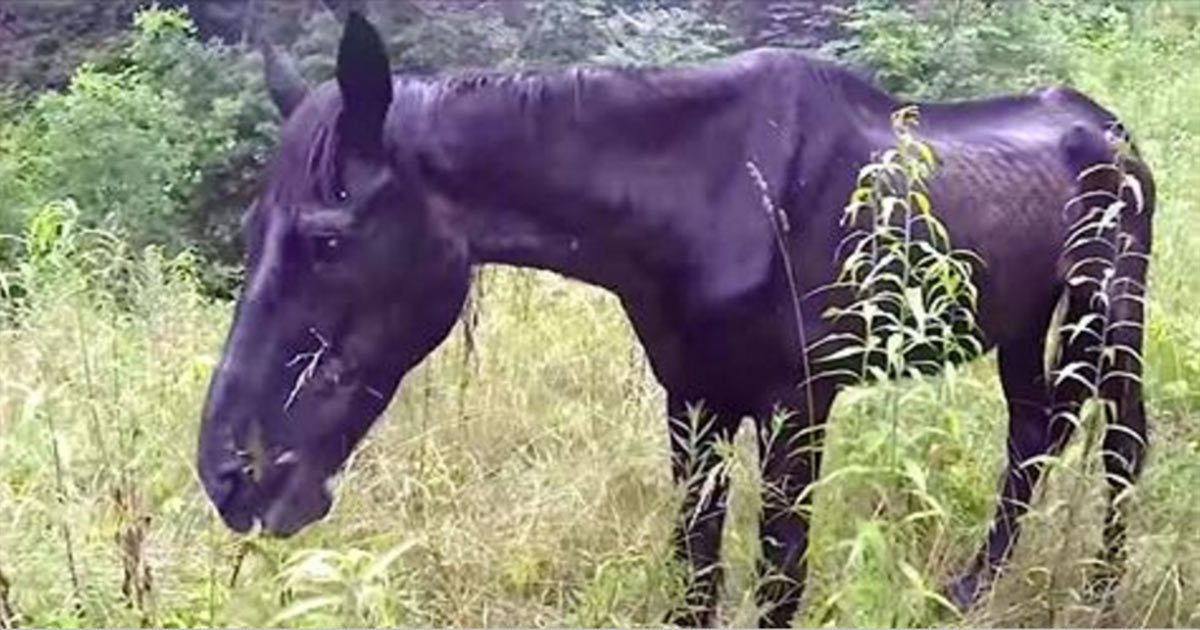 Bones was hungry, alone and sick. The horse was abandoned on a mountain and left to die—without ever having felt love or care.

But thanks to two kind people who happened upon the horse, Bones was given a new life.

Joey and his girlfriend, Coco, found the skinny horse alone, without food or water. Someone had dragged him up a mountain behind an all-terrain vehicle and left him there to die.

But Joey and Coco weren’t about to let that happen! They decided to help him, no matter how much work it took.

Their first challenge was to get Bones down the mountain. Driving a horse trailer on the narrow roads would’ve been too dangerous, so they had to walk him down. But Bones was weak and tired.

They walked for several miles and every time Bones stopped, Coco struggled to get him to continue.

Eventually, Coco and Joey got Bones to their farm, and the old horse was finally able to rest.

Coco loved Bones with all her heart. The horse got along well the other animals on the farm and grew stronger and stronger every day. Coco washed him and took care of his wounds. A vet treated his infected hooves. And Bones slowly regained his health.

After nine months, Bones looked like a whole new horse!

But the years of neglect had taken their toll. Two and a half years later, Bones died, surrounded by his loving family. Coco and Joey knew it might happen, because Bones was old and had been so neglected during earlier in life. But at least Bones died happy. And that was the best gift that Coco and Joey could have given him.

Bones’ life could have ended tragically, so I was so happy so see him enjoy two happy years before he died.

Coco is truly an amazing woman for saving Bones and giving him those years!