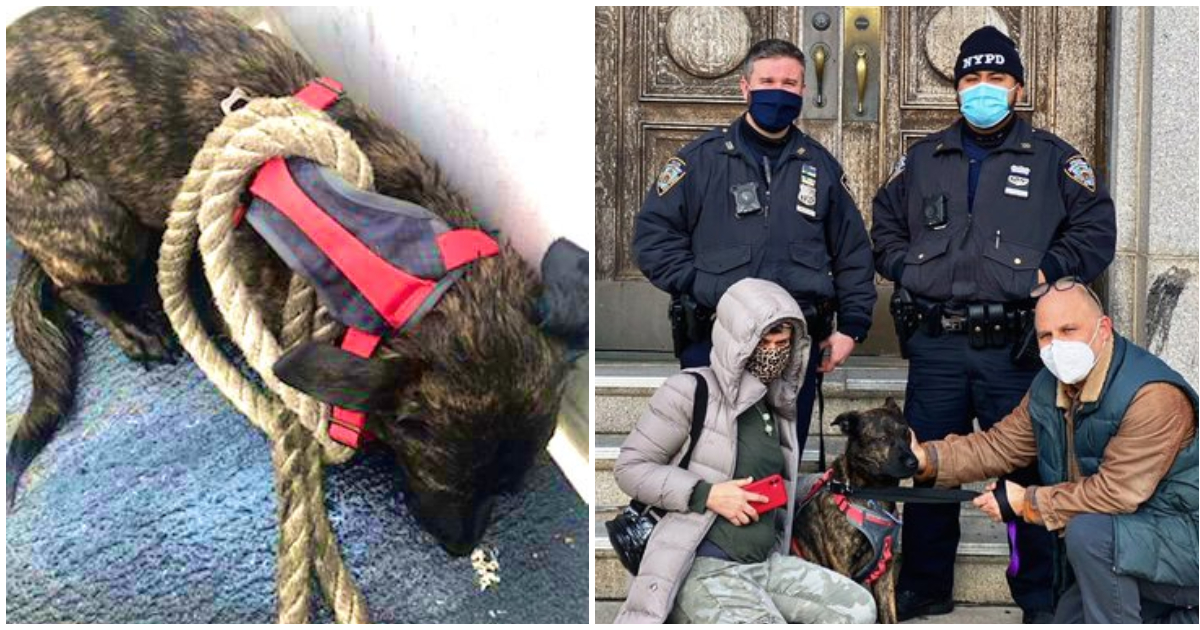 Sometimes life puts you in just the right place at just the right time. That was the case for one couple, who spotted something very unexpected swimming in the Jamaica Bay in New York.

According to the New York Daily News, married couple Carol & Scott DeNaro were pulling into work at their eye care center in Rockaway Park and spotted something way out in the water.

They didn’t know what it was — it looked like a seal at first. But looking closer, they realized it wasn’t a a marine animal at all: it was a pet in desperate need of their help.

“‘Oh my God, I think it’s a dog,'” Carol recalled telling her husband. A New York bay in the middle of January is freezing cold, and the couple knew they had to act fast. “We just kind of went into rescue mode,” Carol told the Daily News.

First, they tried to save her themselves. They shouted to the dog, who began swimming towards them. But then, they noticed a NYPD harbor unit boat nearby, and called for help.

Harbor police were able to retrieve the shepherd-lab mix, saving her from drowning in the freezing bay.

“They responded and went out and saved the dog,” Carol said. “It was all perfect timing.”

Thankfully, the dog was then returned safe and sound to her owners — who, it turned out, had just adopted her five days earlier.

The dog, originally named Tinkerbell but now named Georgia, was adopted by Jason Novetsky and his family. But on a walk through Rockaway Beach, Georgia became startled and got loose from her harness, and ran off.

Her family looked everywhere for her to no avail, and eventually she ended up in the bay. But thanks to the rescue, Georgia is back home. Jason picked her up from the vet a half hour after she was pulled out of the water.

And he couldn’t be happier to have his great dog back. “She’s such a great dog. … She just kind of leans against you and you feel like a million bucks” Jason told the Daily News.

The NYPD Special Ops shared the good news on Twitter, saying it was a “happy ending to a cold wet morning.”

Wow, definitely a case of perfect timing! Thank you to Carol & Scott, and the NYPD Harbor Unit, for racing to save this dog’s life!