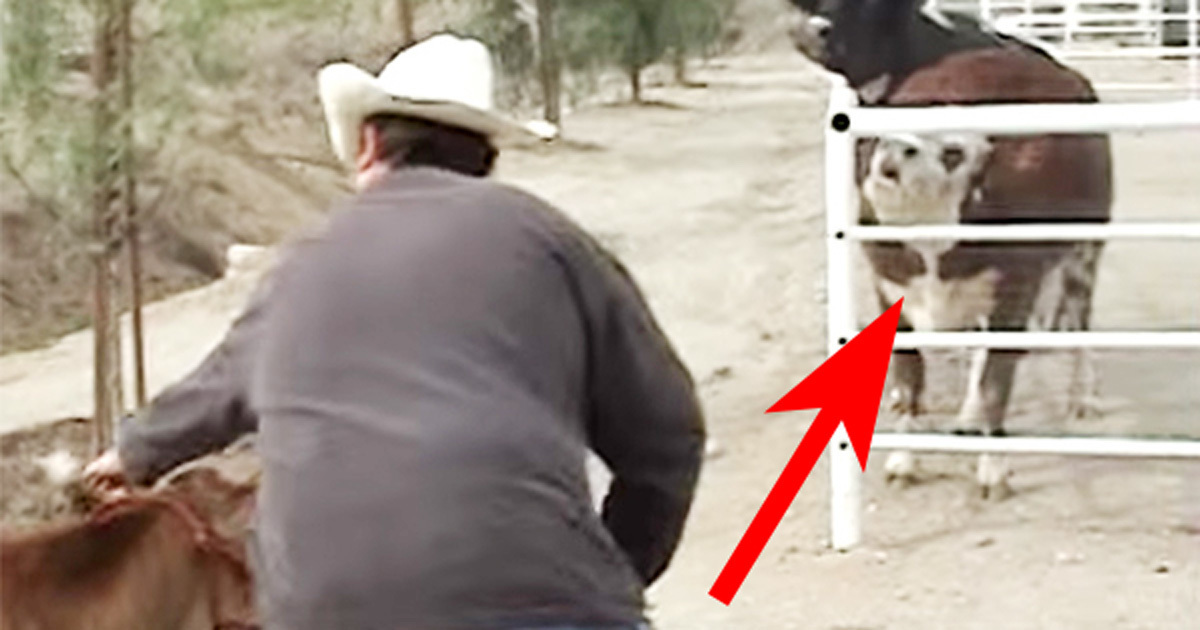 Just like human mothers, cows and many other animals have a strong maternal instinct.

When one cow, named Karma, was rescued by an animal sanctuary, she cried for days on end.

The people who rescued her had no idea why. But when they noticed that Karma was dripping milk, they questioned the cow’s previous owner — and saved the day.

The Gentle Barn brings abused and neglected animals to its sanctuary in Tennessee and gives them a life without fear, starvation, or abuse.

The sanctuary has brought in a lot of animals over the years, but back in 2009, the Gentle Barn staff experienced a moment they’ll never forget.

The story starts out like any other. They took in a cow called Karma. But what the animal lovers didn’t know was that Karma’s previous owner had hidden something from them — something that made Karma cry for days.

It turned out that Karma’s former owner neglected to tell them that the cow had given birth just before the Gentle Barn took her. And to make matters worse, the owner was probably going to slaughter Karma’s calf and sell his meat.

When the Gentle Barn team realized this, they acted quickly. They went to the former owner and demanded that the calf be returned to his mother.

Luckily, they managed to persuade the owner, and they immediately put the calf into a wagon and drove home.

As soon as Karma saw her calf, she ran as close to her as possible.

The calf was so tired that he collapsed beside his mother. But a little while later, he finally got the nutrition he needed.

And Karma was now the happiest mom in the world.

This really proves that the bond between mother and child is unbreakable no matter what the species.

We couldn’t help but a shed tears when we saw this reunion. Watch the beautiful moment here:

What a great reunion for Karma and her calf! Don’t forget to share this story with all of your friends who love animals.