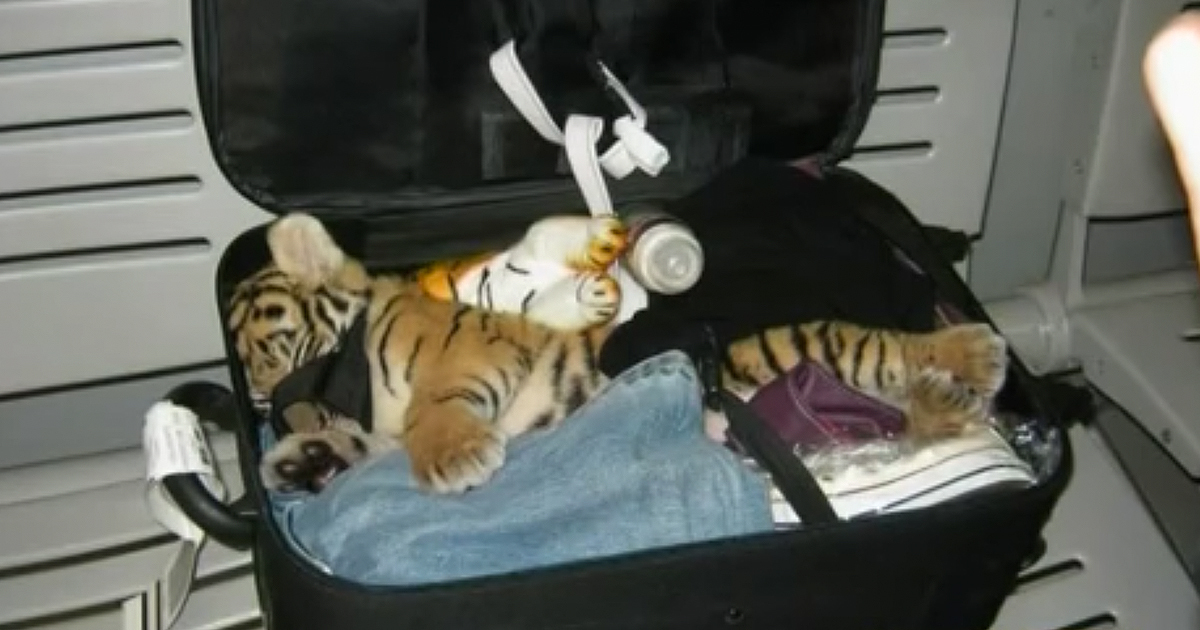 Customs in Bangkok heard strange noises coming from what appeared to be a business woman’s bag.

But they could hardly believe their eyes when they opened it: hidden among some clothes was a real, live tiger.

The woman was flying from Thailand to Iran. But because her bag was very heavy, she was redirected to pass through security.

When customs scanned her bag they thought they heard strange noises coming out of it – and upon opening it, they discovered a real live tiger inside.

The tiger, estimated to be about 3-months-old, had been drugged. The woman was immediately arrested and later sentenced for animal smuggling, according to the Huffington Post.

Customs took the tiger into their care and sent it to a specialized animal center for treatment and care.

Unfortunately, tigers remain in just a few countries in Asia. The number of wild tigers has dropped dramatically, and the species is endangered. Illegal trade of tigers is also extensive. In many countries, such as Iran, tigers are kept as pets and tiger cubs are sold for tens of thousands of dollars on the black market. This incident with the businesswoman occurred in 2010, but the problem persists.

We must put a stop to the illegal trade of animals.

Please share this important message with everyone you know, if you agree that animal smuggling is completely unacceptable!