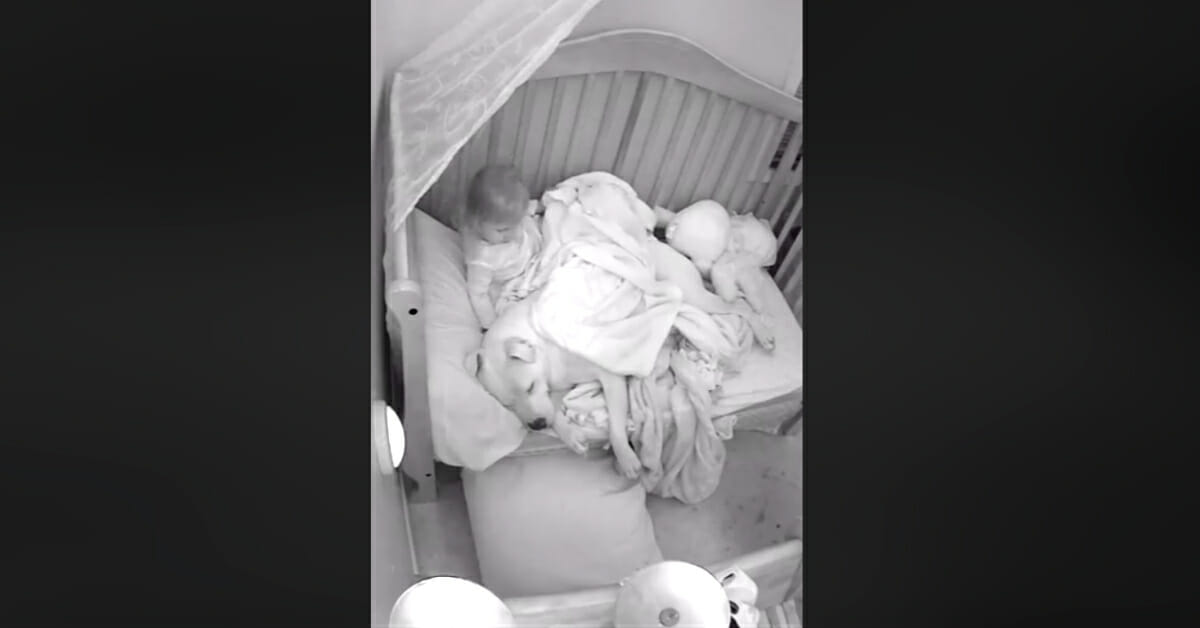 Fear. It’s something we all have to deal with in different degrees. It can be a debilitating thing if you let it, and the fact that it’s a natural instinct makes it all the harder to ward off.

Of course, often our fears and concerns aren’t just limited to ourselves. When we have people we care greatly about – say, children, for example – we fear for them too.

Little Adalynn Leary, or Ady, to her family, knows a thing or two about being frightened. After a 7.0 magnitude earthquake hit her hometown in Alaska, she developed issues when it came to falling asleep. She simply couldn’t go to sleep alone, and her family knew the situation wasn’t going to be solved simply by repeatedly sending her to bed on her own each night.

Fortunately, Ady found a way to adapt to and overcome her problem … with the help of the family’s reliable pit bull, Fury.

After a devastating earthquake hit Alaska, Kyle Leary and his family considered themselves fortunate to have escaped unscathed.

However, the repercussions of the event manifested themselves in their daughter, Ady, who developed anxiety and worry that meant she couldn’t sleep alone.

Scared to close her eyes without anyone lying beside her at night, Ady’s salvation would come in the form of the family’s pet pit bull, her “best friend and bodyguard”, Fury.

Kyle set up a camera to monitor Ady’s room while she slept, and the footage it captured was truly something special. In the film – which Kyle later uploaded to his Facebook account – Ady can even be seen ‘tucking in’ Fury, covering him with a blanket to make sure he’s warm.

The reaction to Kyle’s video was plentiful, though not everyone agreed with the idea of letting a 100lb dog sleep beside a toddler.

Even so, Kyle maintains that Fury is a part of the family, and would never cause pain or hurt to his daughter. He believes instead that as Ady grows up Fury will continue to protect and serve her.

As he says: “If you raise them with love, they only show love.”

Watch the beautiful video of Ady and Fury below:

Dogs are only as dangerous as you make them. It’s time we put an end to the idea that all pit bulls are bloodthirsty beasts.