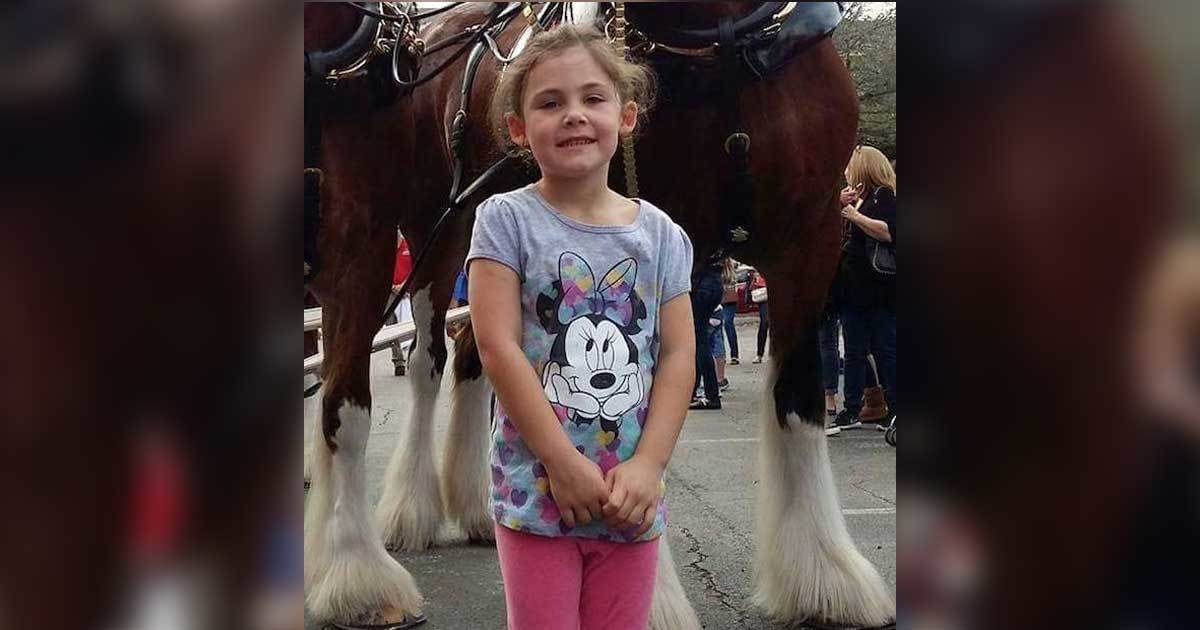 These days, almost everyone has a cell phone in their pocket. It’s great because you can take photos pretty much whenever you see something interesting – and sometimes your pictures turn out even more interesting (or hilarious) that you ever imagined.

This is one of the best pictures we’ve seen in a good long time!

This little girl had no idea she’d become famous around the world when she stopped to pose in front of a bunch of horses on the street.

According to Time, the photo was originally uploaded by a user on Reddit.

There’s not much more information available, but it’s pretty easy to imagine how the photo came about.

This little girl probably enjoyed a wonderful day with her family. They saw some big Clydesdale horses at some kind of parade.

She might have gotten up the courage to pet the horses, and it’s not unlikely that her dad or another relative asked her to turn around so they could take a photo of her.

The little girl stood in front of the majestic horses and the person behind the camera said, “Say ‘cheese.'”

Talk about a hilarious photo!

Time reports that this amazing photo was uploaded to Reddit in 2016 on an account that has since been deleted. It’s unclear whether this was the first time the picture appeared online or if it originally came from The Wolf 101.5 FM .

Anyway, it’s impossible not to like this hilarious photobomb. Share it with your friends who appreciate a good laugh!