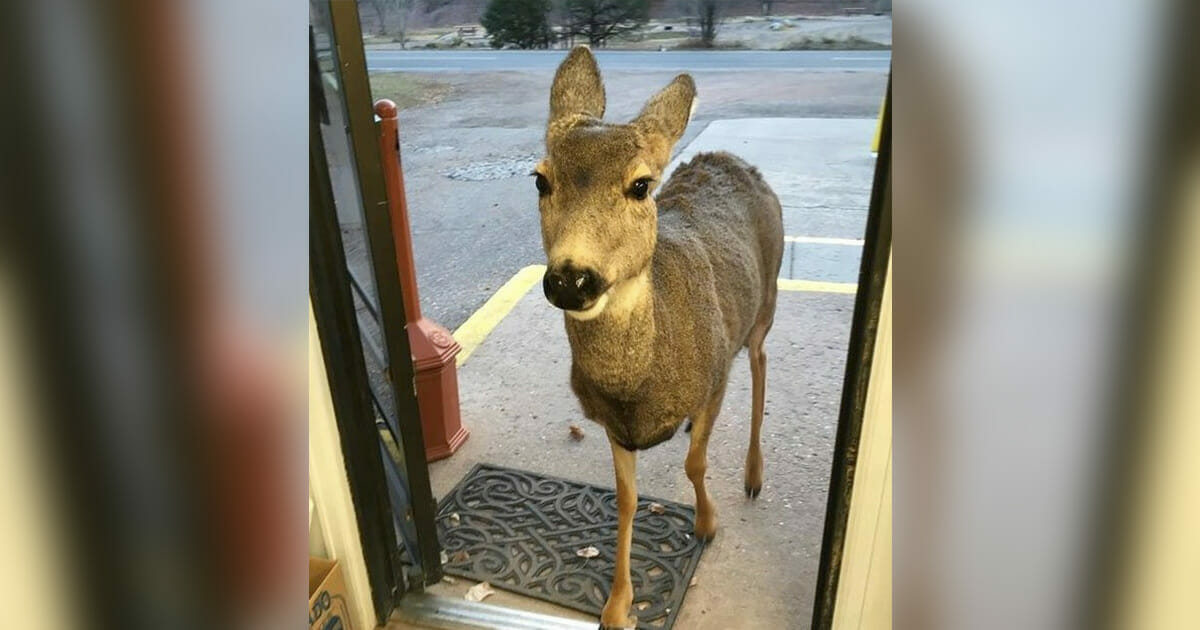 Christmas is fast approaching and the stores are stocking all the things, sweet and savory, that we enjoy on this most magical of holidays.

Food is one of the things I look forward to most about Christmas, though I’ve always retained a certain suspicion about embracing it too early. I’m not one of these people who can begin getting Christmassy in November, you see, and so I stick to the opinion that Christmas food could be ruined if I indulge myself before the right time.

Buying Christmas presents, on the other hand … now that’s something that I can start doing whenever the feeling takes me. In previous years, I’ve bought Christmas gifts as early as July. There are few things worse than the mad last-minute race around busy stores looking for gifts you should have purchased weeks before.

Of course, I’m not alone in the enjoyment I garner from being well prepared for Christmas.

Far from it. In fact, we humans aren’t even the only species, it would seem. In December of last year, a mother deer brazenly walked into a gift shop in Colorado … seemingly to peruse what they had on offer.

Lori Jones works at Horsetooth Inn and RV Park, Florida, California. The store is located in an area where nature thrives, so spotting wildlife is common. One chance meeting, however, really caused a stir with the locals.

A wild doe, apparently well known to the area, walked into the store one day and began to look around, as any other customer might.

“It was hilarious,” Jones told The Dodo.

“She was looking at the sunglasses and the chips. I was laughing so hard.”

Jones assumed that the deer had gotten lost in her confusion, and decided to lure her out of the store with a peanut bar in hand.

Having removed the doe from the store, Lori was content with the experience. She assumed it would be the first and last time the female physically came into the shop.

How wrong she was.

“I’m in the office doing inventory, and I come out to find her there. This time she brought back her twins, and this one young buck that she adopted.”

What exactly the deer family thought they were doing is open to interpretation. Shopping for Christmas jumpers, perhaps? Mom picking up some last minute stocking-fillers?

Once again, it was a peanut bar that did the trick with regards to convincing the inquisitive family to leave.

“It was just a lovely thing to see,” Jones told The Dodo.

“The population of wildlife here is just astounding. We have mountain lions, bighorn sheep, deer, raccoons — you name it. They have to fend for themselves. That’s nature. But I think they’re all wonderful.”

I can safely say I’d be left surprised if an entire deer family visited me at work!