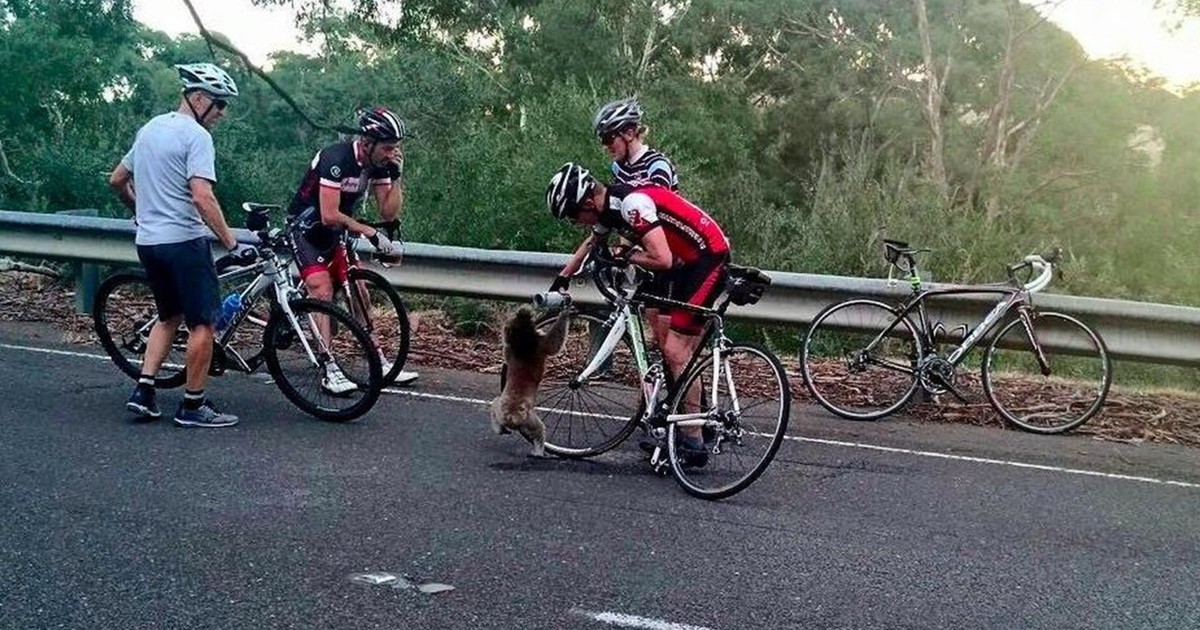 It might sound like the beginning of a joke (a thirsty koala walks into a bar…), but a dehydrated koala recently emerged from the bushland in the Adelaide region of South Australia and asked a group of cyclists for water.

Before the cyclists could offer the thirsty koala a drink, the marsupial climbed up onto one of the cyclist’s bicycle tires and went straight for his water bottle!

Soon another cyclist, Nick Lothian, arrived at the remarkable scene. Luckily, he had a camera and took a picture of the kindhearted cyclists and parched koala before going on his way.

While this koala made an unusual request, it’s not the only koala that has come into contact with humans around Adelaide this year. Between the heat of summer and fires that have ravaged the bushland in the area recently, many dehydrated koalas have emerged from the bush.

After the koala finished drinking, the cyclists stayed with their new friend until Fauna Rescue volunteers arrived to collect her. The year-old koala wasn’t injured in any way, and was released back into the wild after spending the night at an Adelaide animal hospital.

Please share this story with all of the animal lovers in your life!