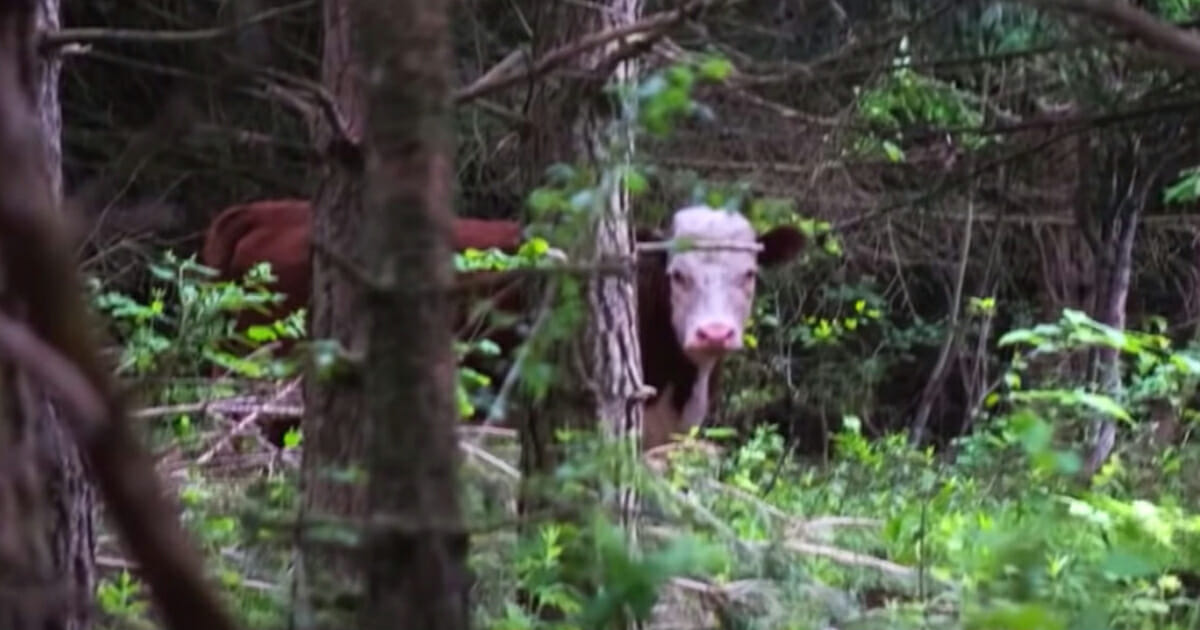 Bonnie was just 4-months-old when she was sent to death’s waiting room.

The poor calf had the misfortune to be born into a world where her fate was pre-determined. There was but one place she was destined to end up: The slaughterhouse.

She watched as her family and friends were herded into a large group. She then watched as they were led off together. They would never come back.

Research has shown that even cows – despite what many people believe – have feelings and thoughts related to their situations. For the first few months of her life, Bonnie was allowed to see the light of day; experience a freedom she would never truly own. According to People, the place she was raised – specifically designed to breed cows for slaughter – lay adjacent to a forest.

At just 4-months-old, the calf fled her home in Holland, New York, after hearing the desperate cries of her bovine family being rounded up to be moved on to be killed. Her owners were busy loading a trailer with cows when Bonnie took her chance and galloped into the forest.

There was much and more said of the cow who had eluded her fate – many people speculated where she might be.

What was of most interest to people was the question over whether or not she could survive alone in the cold.

There was to be a big debate amongst those looking for her. Half wanted Bonnie found and returned to her previous owners, whilst the others believed she should instead be moved on to live in a sanctuary.

The days went by and from time to time people would spot Bonnie in the woods. They couldn’t catch her, however, and so the mystery continued to unfold. That was until one day a hunter saw footage from a camera he’d set up. It was a sight he wouldn’t soon forget. Bonnie was there, and she wasn’t alone.

There, alone in the woodland, she had fallen in with a herd of deer. The company accepted her and, though a completely different species, tolerated her presence with them. It seemed that Bonnie had formed her own family with the deer.

Yet, while Bonnie appeared to be surviving in the forest against all odds, local animal lover Becky Bartels knew it wouldn’t always be the case. After all, Bonnie was no wild animal, and the cruel northeastern winter threatened to do what the slaughterhouse couldn’t.

And so, over the course of the winter, every day, Bartels would navigate the snow with food and bedding for the cow. Eventually, Bonnie, who was wary of humans given her past, began to trust Bartels and approach her to be patted and fed by hand.

Around the same time, Bartels contacted Farm Sanctuary for help. The organization is a non-profit team concerned with caring for abused and abandoned farm animals, providing them with a safe home where they can live out their days without fear of being killed for meat.

Bonnie defied death thanks to a good sense of impending danger, an unlikely set of friends who lived in the woods and a caring heart who went the extra mile to ensure she got the life she deserved.

Please share this story if you love all animals. Help us pay tribute to Bonnie the courageous cow!