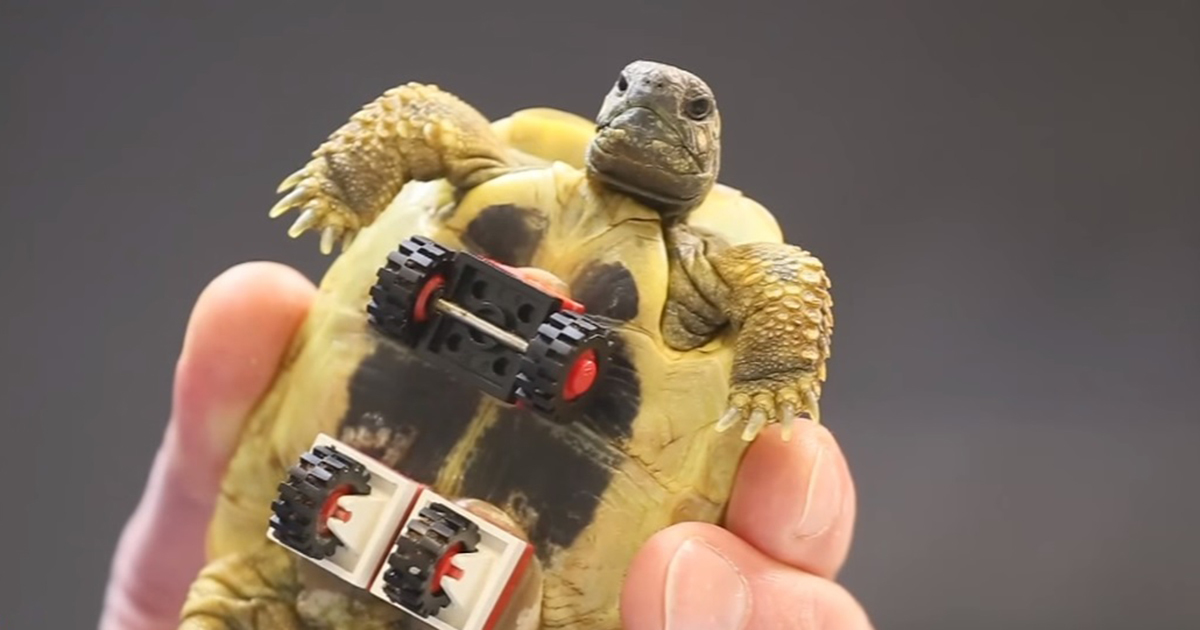 Tortoises aren’t famed for their speed, but for tiny pet Blade, moving at all proved impossible until one innovative vet came along.

Weighing just 127g, you wouldn’t think weight would be a big issue for Blade. But unfortunately, that was far from the case. His owner, Iris Pleste, noticed he seemed inactive and unhealthy so decided to take him to her local veterinary practice.

That’s when Blade would meet the man who would change his life forever.

Dr. Carste Plischke, based in Bielefeld, Germany, quickly diagnosed Blade’s illness and came up with a solution.

He explained “We mounted Lego wheels on the turtle ‘Blade’ because he had a bone metabolism illness and his shell was too heavy and had a loss of muscles. That’s why he couldn’t pick up himself and walk anymore. The bones were like rubber and the musculature had clearly diminished.”

Now Blade is free to move around without being dragged down by his shell – his legs still touch the ground but the customised lego piece makes sure his shell doesn’t.

The idea came to Dr. Plischke because of his son’s love of LEGO. And the procedure was completely painless for Blade because the LEGO is attached to him using a special glue, rather than a hole.

Blade has started walking using his ‘wheelchair’ as if he was born to do it, watch him in action in the video below:

Have you ever seen LEGO change an animal’s life like this? Share this incredible with your friends to let them know.

At Newsner we believe animals should be treated with the utmost respect, like our page if you do too.