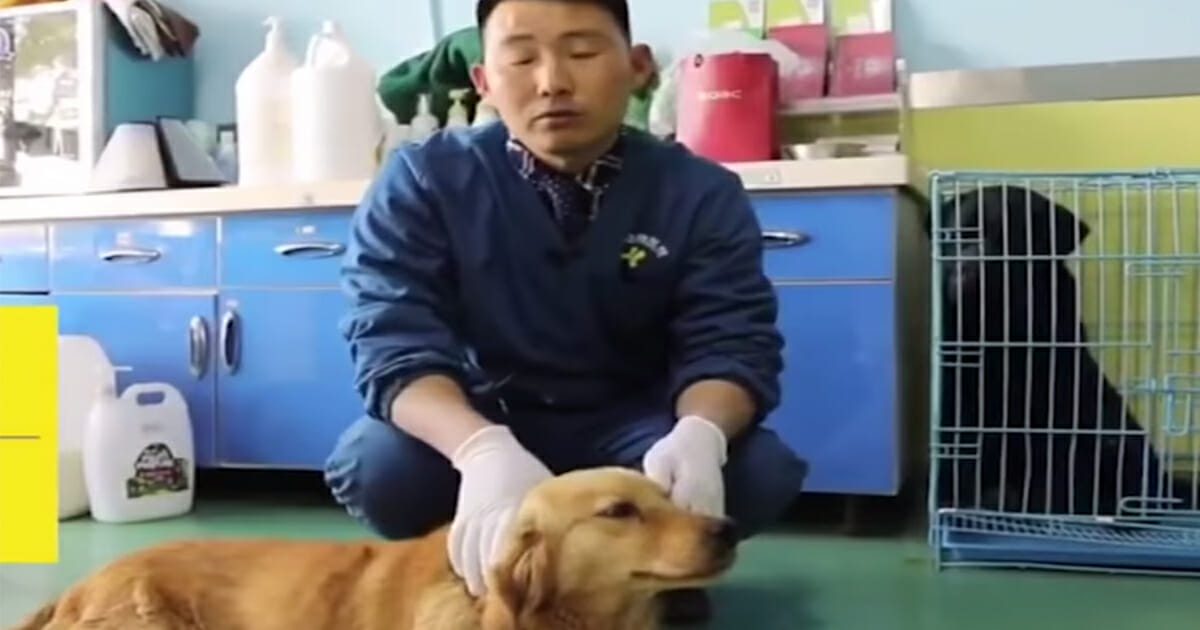 They love without discrimination, they protect their family to the death at a moment’s notice, and they’re the perfect companions no matter what mood you happen to be in.

Which is why it’s all the more devastating when people abuse them, mistreat them and worse …

It’s a tragic truth that there are places in the world where it remains acceptable to eat dogs.

As a result, dog meat factories exist, where our four-legged friends are butchered and then served as delicacies.

One golden retriever’s lucky day came when he was caged up, along with around 20 other dogs, at the Kunming Xiaobanqiao Market in Kunming, China. A group of animal lovers happened to stumble across the dog and his buddies and enquire as to why they were being held.

The answer was that they were being stored before they would be used for meat. The marketplace purportedly sells one kilo of meat to restaurants for about $9.

Horrified, the group raised the 14,450 yuan ($2,300) needed to buy the retriever and all of the others, sparing the group from a grizzly death indeed.

As if to show his relief, the retriever was caught on video seemingly shedding a tear at having been saved.

We know, it’s difficult not to cry yourself watching it. Fortunately, 17 of the rescued animals managed to find themselves new homes. Shortly after being freed from their cages, they were taken to Kunming Dongfang Animal Hospital and then set up for adoption after being checked by a veterinarian.

Given that dogs share a sacred bond with humans, do you think its acceptable that they can be served as food?

Share this article if you don’t agree with it! If you do, leave comments in the box.