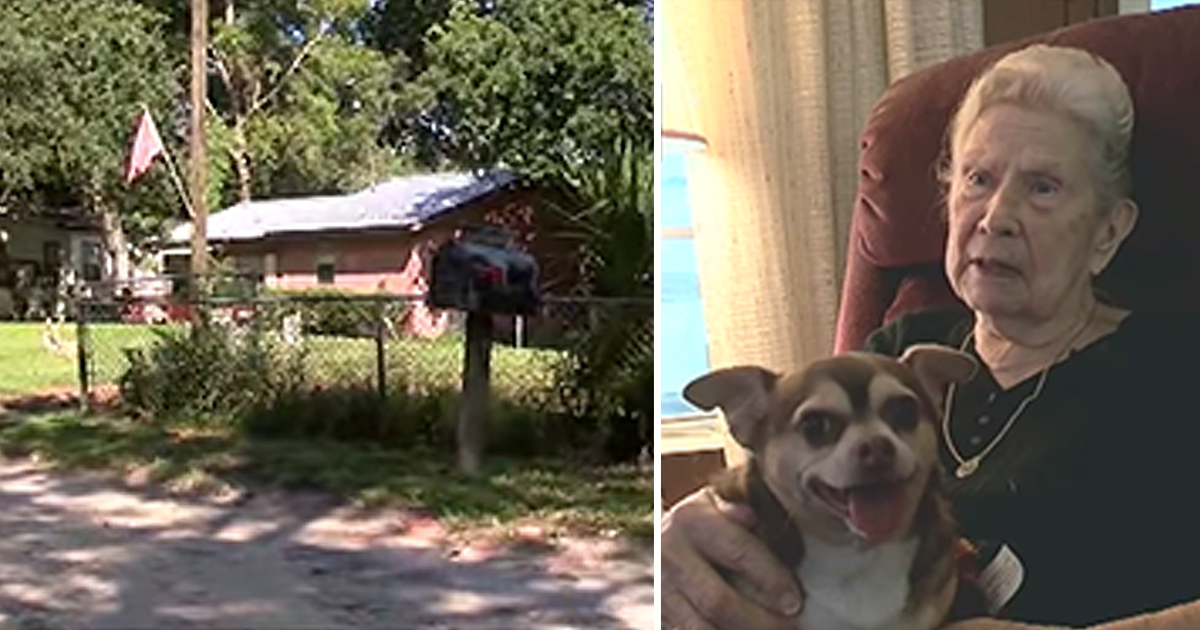 Every day, a 92-year-old woman from Florida named Marie Alexander walks out to the end of her driveway to check the mail.

And without fail, her 9-year-old chihuahua, Sassy, follows along.

But one day, Marie didn’t make it out to the mailbox.

She twisted her foot on the walkway and fell backward. And when she landed, she was behind a fence and some shrubs—and she couldn’t get up.

Marie was badly hurt, and out of sight of anyone who could have helped her.

But amazingly, Sassy, who only barks when someone rings the doorbell, ran out to the street and began to yelp, reports ABC Action News.

And Sassy didn’t let up. She barked at every passing car and tried to get its driver’s attention.

When Sassy was just a puppy, Marie brought her home from a shelter for abandoned dogs. Was Sassy trying to save Marie just as Marie had saved her?

After Sassy had barked for about five hours, a few people finally stopped and followed Sassy to Marie. The elderly woman was taken straight to the hospital, where she received treatment for her injuries and for severe dehydration.

Please share this amazing story of how one resourceful chihuahua saved her owner!