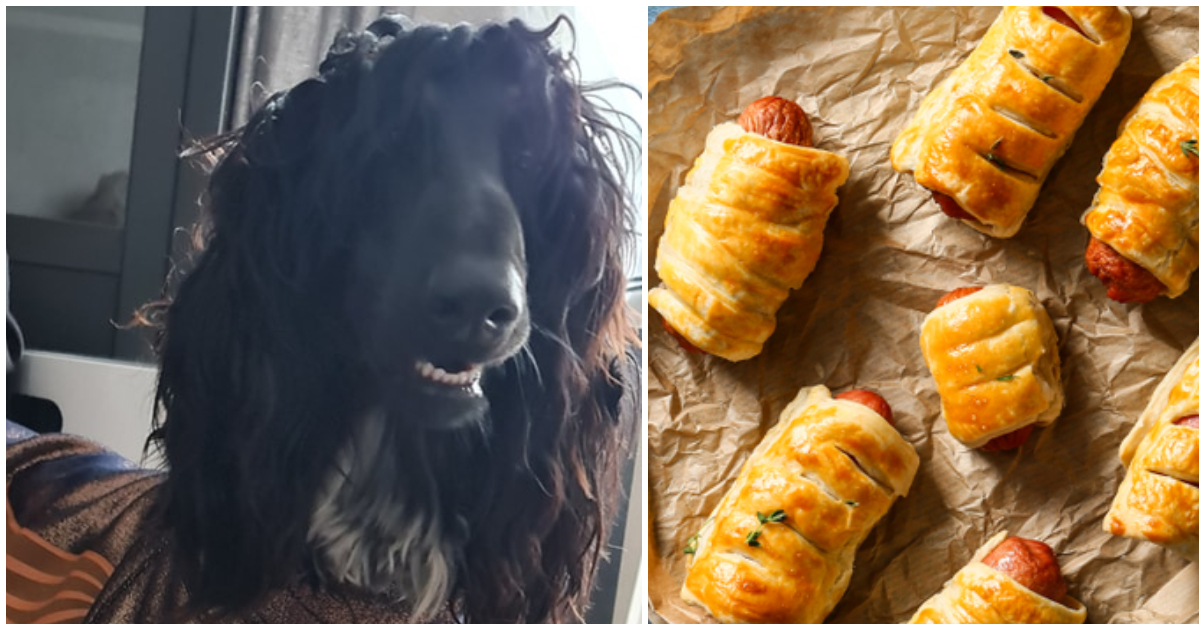 It’s truly sick the things some people will do to innocent animals. Recently, a dog died after accidentally eating nails, left out in food in what was apparently a horrific trap.

Viola Coschemique, from Wokingham, England, was out walking her Afghan Hound Azaar recently in Dinton Pastures. The dog found some pigs in a blanket left on the ground, and as dogs often do, didn’t hesitate to chow down on the strange food.

Viola stopped her dog… and realized something was horribly wrong: the mini hot dogs were stuffed with nails.

Viola was horrified and removed the nails from the scene, warning other local dog owners about the hazard, worried there might be others like it left out somewhere by some sick individual.

She also worried about her dog’s health, but there didn’t seem to be anything immediately wrong. Azaar passed a nail, but otherwise seemed fine.

Then a few days later, everything suddenly went wrong. The dog was suffering from severe internal damage.

“He had internal bleeding – shutting down of all organs as result, extreme dehydration and blood loss,” Viola told LADbible.

“It came crashing down so fast and the damage was so severe that the vet told me the only thing to do was to euthanize my poor boy.”

Viola had to put her dog out of his misery. It was especially heartbreaking for her as Azaar served as something of a therapy dog: she has Asperger’s, and suffers from POTSD and agoraphobia.

“He made my life complete and gave me hope that I can function in public as normal,” Viola said. “This fluffy fur-ball gave me the will and power to face everything and learn how to live again.”

Her dog was gone, the victim of a sick attack. But she shared her story as a warning to others to be vigilant, after the vet assured her this was no accident: “The vet said sometimes people leave stuff out like poison for animals to get hurt.”

Sadly, this isn’t the first incident like this. In May, a man found hot dog pieces with nails in them, left out for dogs.

Rangers at Dinton Pastures said they investigated the area, and couldn’t find any other trapped foods lying around. But they urged locals to remain on guard as police investigate the crime.

“We would encourage all dog owners to keep a watchful eye on dogs whilst visiting Dinton Pastures,” a spokesperson for Wokingham Borough Council said in a statement, according to LADbible. “We have also reported the incident to Thames Valley Police for further investigation.”

Rest in peace, Azaar. What a sad, disturbing death — we hope the sick person who did this is brought to justice!

Remember to remain on guard about any strange foods your dog finds on the ground — you never know what could be hiding. Share this story to spread the word!