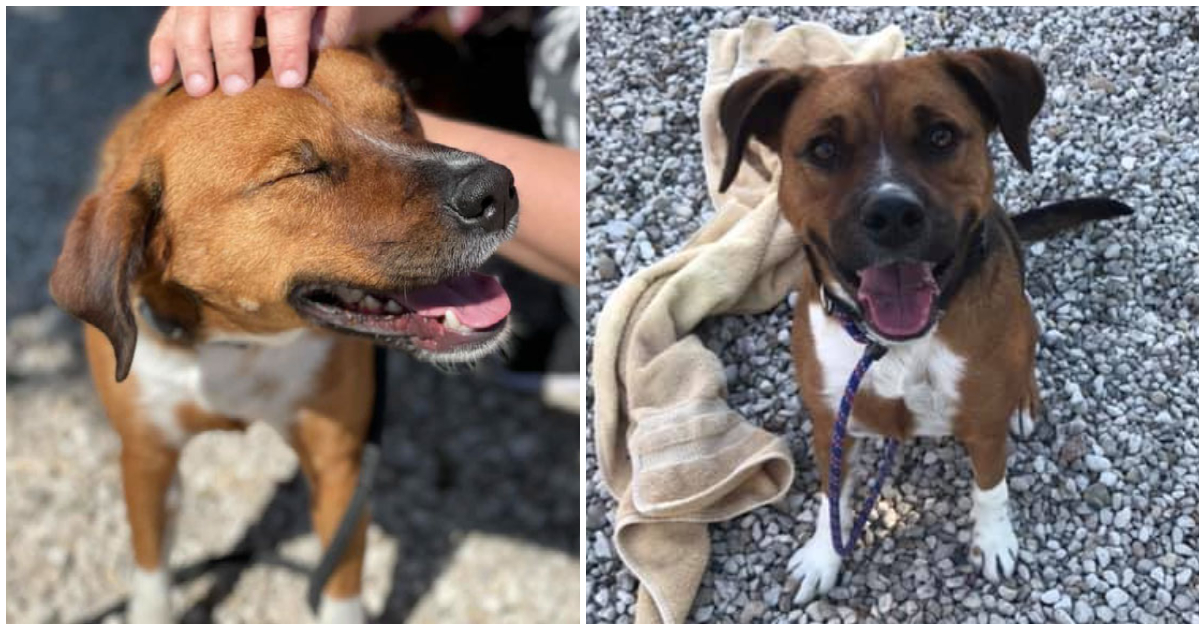 There are so many dogs in shelters just waiting to be adopted, and it can take some months or even years to find their forever homes. And the longer they have to wait, the less likely it seems that they’ll ever get adopted.

Which is why we’re always so happy when dogs finally get adopted after long stays in shelters… but sadly, sometimes a happy ending really is too good to be true.

That was the case for one poor dog, who was so happy to be adopted after more than 400 days in the shelter, only to be sent back after one day.

Rusty has been given up on his whole life. Last February, when he was just a puppy, he was surrendered to the Waco Animal Shelter by his family for being too hyper.

It was just the beginning of the many difficulties Rusty has faced. According to KWTX, Rusty’s time in a foster home and a rescue didn’t work out because he didn’t get along with other dogs, and he was sent back to Waco.

All this took a toll on Rusty’s wellbeing: “Over the next few months, Rusty became depressed and frustrated, causing him to act out in his kennel and be highly reactive toward other dogs,” the Humane Society of Central Texas told KWTX.

Then, in November, it seemed like Rusty had finally found a home when he was adopted by a family. Sadly, he was returned a month later for being “destructive.”

After so many false starts, Rusty became one of the shelter’s longest-serving residents at over 400 days.

Still, the shelter didn’t give up on Rusty. While he had some behavioral issues, they knew he just had to be in the right environment with a family who would give him time to adjust.

“He is sweet and small,” the Humane Society of Central Texas wrote on Facebook. “He will need time to adjust to a new place, just like every dog, but he needs someone that is willing to take the time to get to know him and love him. Please be that person for him.”

And recently, they thought they had finally found the perfect home for Rusty. A couple met the dog at the shelter, reportedly hoping to adopt one of the shelter’s most challenging dogs, according to KWTX. And when it seemed to be the right fit, they took Rusty home for good.

Or so they thought. It turned out the happy ending was short-lived: Rusty was brought back and surrendered to the shelter… just one day after he was adopted.

The couple reportedly said it was because he was “too much work,” and told KXXV that it was due to a biting incident.

The news was a heartbreaking letdown for both Rusty and all his caretakers, as Rusty returned for his 420th day at the shelter.

Rusty might not be the easiest dog in the world, but after so much rejection you would give him more than a day before returning him.

Rusty just needs a special home with someone who will give him the proper time and care. While he’s a “challenging” dog, Rusty has come a long way already thanks to shelter volunteers.

“He’s such a good boy,” the Humane Society wrote. “He’s ready to find that perfect place to call home.”

We hope that Rusty will be able to find a real home soon. If you’re an interested adopter who can give Rusty the love he needs, you can visit the Waco Animal Shelter at 2032 Circle Road in Waco, Texas.

His perfect home has to be out there somewhere! Share this story to spread the word!