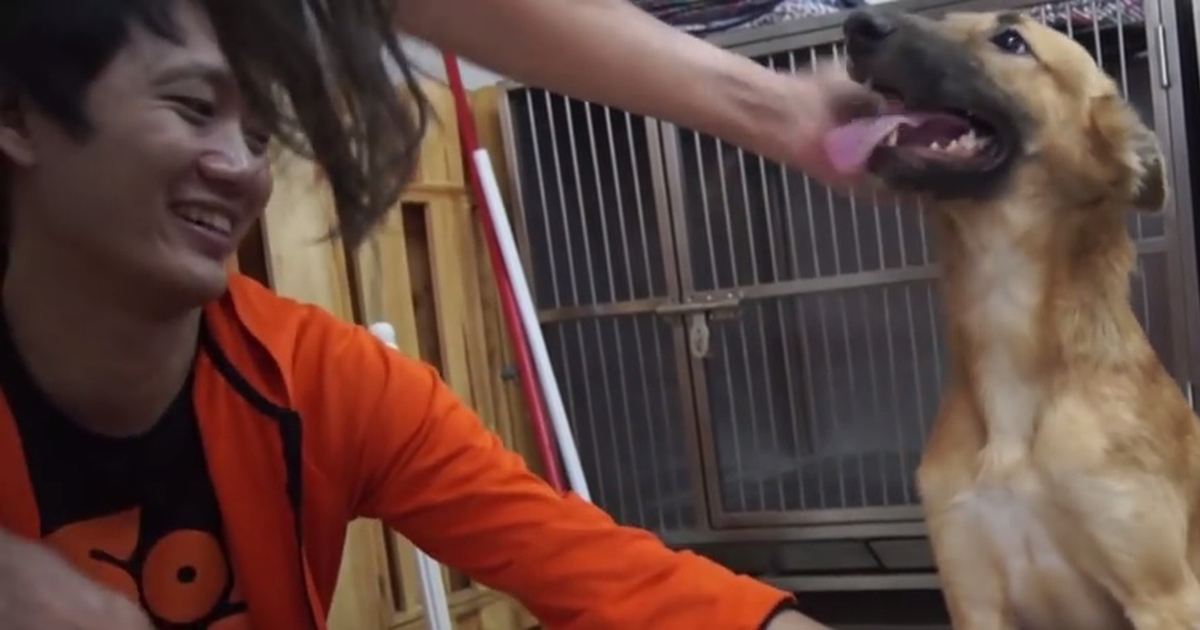 Dogs are often referred to as our ’four-legged friends’, but for one canine his four-legged world was horrifically cut in half after a tragic incident.

Aged nine months, poor pooch, Cola, chewed a neighbour’s shoes, and despite his owner’s offer to pay for a new pair, he was chased by the man and his front legs were hacked off with a sword.

With her beloved pet in an awful state, Cola’s owner contacted the Soi Dog Foundation in Bangkok, where he was operated on.

Just before the operation, the foundation made this Facebook status:

Thankfully, Cola did survive the operation thanks to the brilliant work of the surgeons – and the foundation’s work didn’t stop there.

After months of rehabilitation, they returned Cola to his four-legged life by fitting him with prosthetic limbs – allowing to walk and run around once again.

And judging by Cola’s reaction to trying out his new legs in the video below, he couldn’t be more happy about it.

Please spread the word about the foundation’s fantastic work by sharing this story with your friends.

Newsner Animals stands on the animal side. Like our page if you do too.