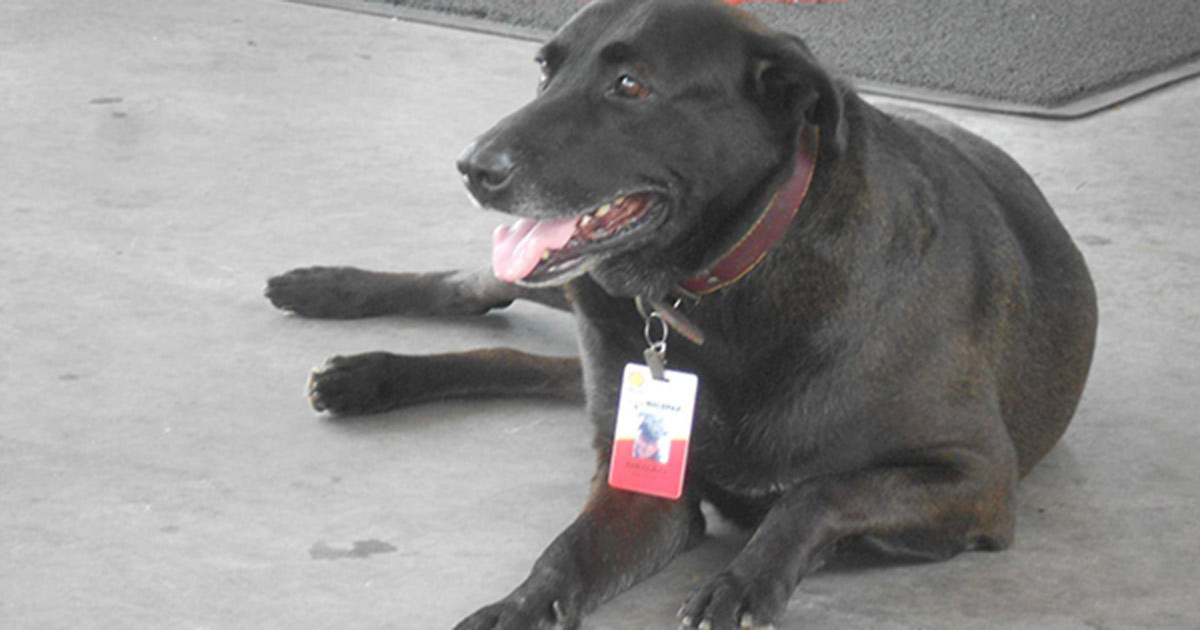 Sabrina Plannerer had just bought a gas station. It was still under construction, but it was already occupied.

A dog named Negão had been abandoned there and didn’t want to leave.

And when Sabrina crossed paths with the dog, it was the beginning of an incredible friendship.

When Sabrina Plannerer bought a half-built gas station in the town of Mogi das Cruzes, Brazil, she quickly noticed a dog wandering around the site.

It was clear that the dog had been abandoned, and he didn’t dare to leave the place, probably because he expected his owners to return.

Sabrina tried to shoo the dog away, but when he wouldn’t leave, she took him under her wing.

Sabrina brought the dog, whom she named Negão, to the vet to have him examined and get him vaccinated.

Negão finally had love and care, food, a place to live, and a leash to go on long walks—but that wasn’t all.

Eventually, it was time for Sabrina;s gas station to open… and she gave Negão a job!

He even got his own ID that he proudly wears at work.

Sabrina wasn’t sure how Negão would handle the gas station’s hectic environment. But it was soon apparent that he’s a natural.

“Negão waits for people to arrive, and then goes up to say hello, winning them over with his charms. Customers love him. Some people even bring him toys,” Sabrina Plannerer told The Dodo.

There’s always someone at the gas station to keep track of Negão so that he feels safe and has a good time.

In addition to his new, exciting life, Negão also goes for long walks in the city every day, so he gets his exercise.

Negão loves his new family—and he always has a big smile on his face!

Who wouldn’t like to be welcomed by this wonderful doggie? Please share this nice story with all of your animal-loving friends!