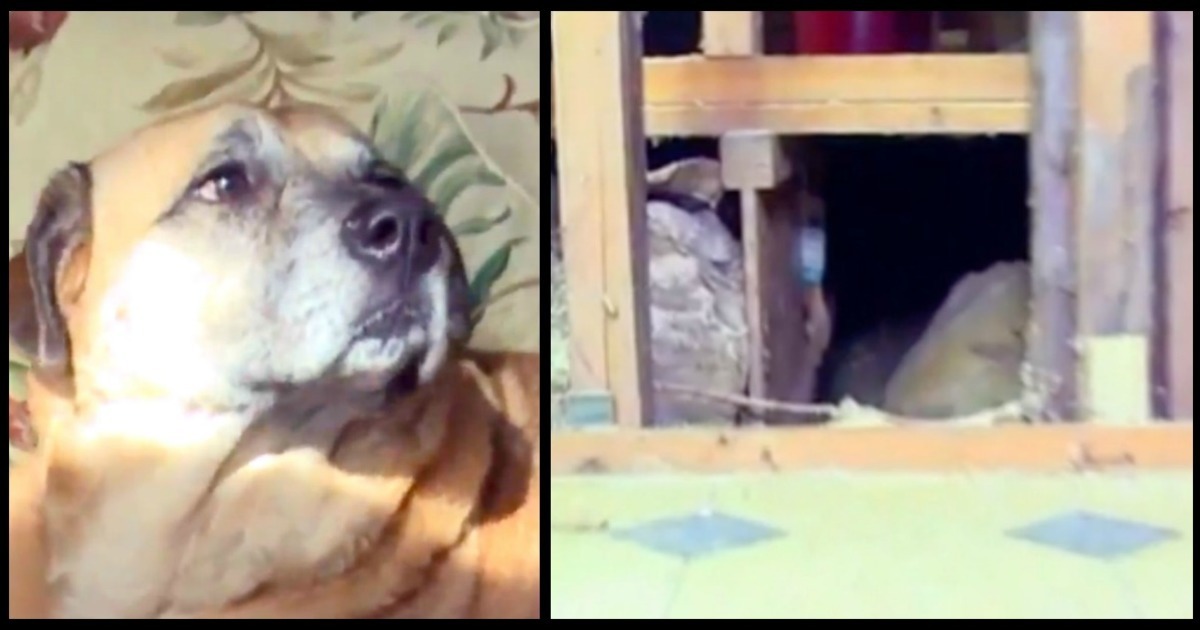 Everyone who’s ever been in a house fire, or knows someone who has, knows the devastating consequences a fire can have.

It’s terrifying how fast the flames can swallow a house—something the Marr family from Michigan got to experience close up.

As their house was burning down in March 2017, they completely panicked. It wasn’t just their possessions and there house that were going up in flames. Their cat, Ringer, and their dog, Chloe, were also inside.

Fortunately, firefighters were able to rescue Chloe and revive her with an improvised oxygen mask. But Ringer never made it out of there.

That might be the end of the story, but Chloe decided pay the firefighters’ kindness forward.

It all started when Christine Marr, Chloe’s mom, brought her back to what was left of the house for the first time since the fire.

And that was when the family found something amazing among the ruins.

Chloe got the family’s attention and led them to a dark hole under the floorboards, where she was sniffing around.

Christine explains, “In the dining room, there’s a little small space and she kept getting her head down in there. I shined the flashlight down there and I heard a cat meowing.”

At first, Christine thought it was a homeless cat that had snuck under the floor of the house.

But Christine and her husband soon realized that it was their long-lost cat.

They hadn’t seen Ringer since the fire and assumed he was dead.

The family was overjoyed to find Ringer alive. Especially since he had survived in a hole under the floorboards of their house for so long!

“This cat’s a miracle. This cat has been in this area for two months with no food or water. And Chloe just found him down in this hole,” Christine told WSFL.

Even though he was skinny and malnourished, Ringer is getting stronger every day now that he’s been reunited with his family.

Obviously, Chloe is a great big sister and must be thrilled to have her best friend back.

Please share this heartwarming story if you also think animals are amazing!