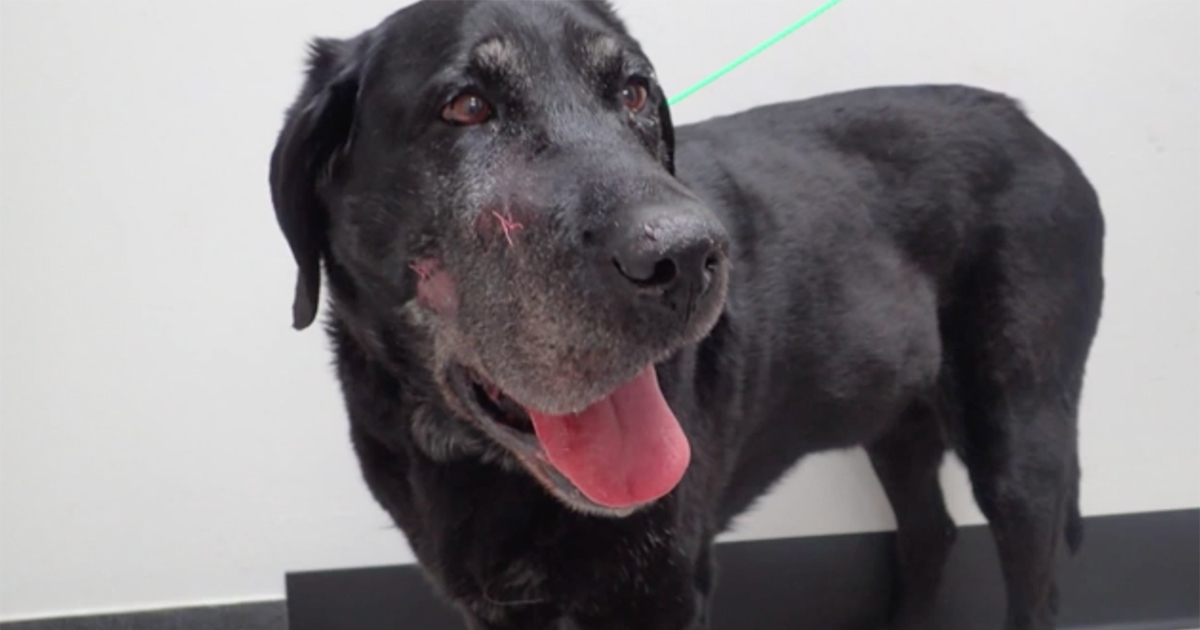 Meet Polo! She’s a friendly 12-year-old Labrador retriever who just survived a situation that no animal should ever experience.

According to local police officers in Englewood, Colorado, Polo was home alone when a burglar entered her family’s home. But instead of leaving the poor girl in peace, the monster shot her in the face.

Polo was rushed to VRCC Emergency Hospital Hospital on the morning of May 17th, where the vets fought to save her despite the horrific damage she sustained.

It turned out that Polo’s mouth was filled with metal shrapnel and it even fractured her jaw in two places. Several of her teeth were knocked out, and her tongue was nearly severed.

“It looked like a bomb had gone off,” veterinarian Don Beebe told Fox 31.

“We had to go in and remove the tooth fragments, the metal shrapnel embedded deep within tissues. Her poor tongue was almost ripped in two, but there was enough left to salvage,” the veterinarian said.

Despite the terrible crime that Polo had been exposed to, she was still upbeat. She happily waved her tail when she received her pain medication.

And she’s already undergone two operations, both of which went well.

Polo was lucky. The bullet went through her nose and into her mouth, instead of into her brain.

But despite that, the veterinarians consider her recovery to be a miracle.

“The path of the bullet narrowly missed two major arteries in her jaw bone, and she easily could have bled out and died, and it’s amazing that she’s still with us,” the veterinarian told Fox 31.

I’m so relieved to hear that Polo is doing better now. I can’t believe how well she’s doing after what she went through! But what makes me frustrated is that the police haven’t caught the burglar and shooter yet.

It’s one thing to rob someone, but it’s an entirely different thing to shoot an innocent dog in the face!

Share if you also hope that the monster who did this to Polo is thoroughly punished!