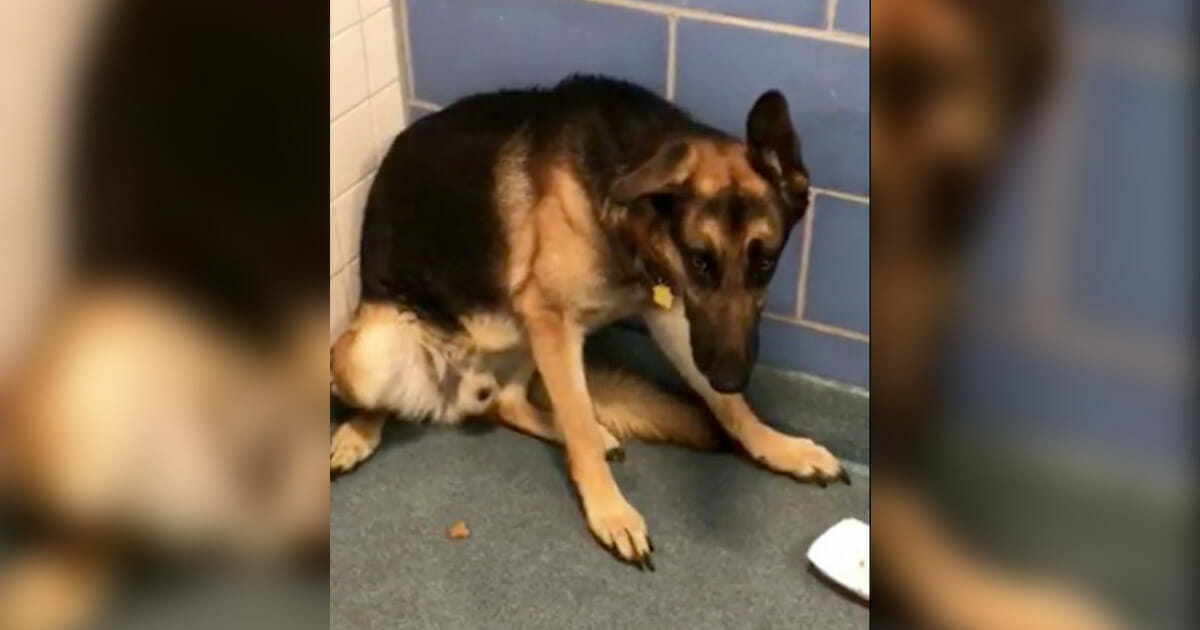 No dog wants to end up in a shelter. No offence to shelters, of course; I’m sure there are thousands of people who work at dog shelters and do everything in their power to make sure the animals feels as safe and comfortable as possible. Still, it’s a place no dog should have to end up.

One day, Rocco was taken to Dallas Animal Services in Texas, USA. He didn’t understand why he was there, no more than he understood how long he would be there or what was going to happen to him.

According to The Dodo, he’d been dumped because his family wanted to have a baby.

A woman who visited the shelter happened to notice how terrified he was, and decided to put her camera to good use. She filmed the dog and uploaded the subsequent video to social media.

It was her hope that the film would help him to find a forever home; she wanted Rocco to be adopted as soon as possible.

Fortunately, Preethi Pillaipakkam watched the video and wanted to help.

Preethi couldn’t understand how anyone could abandon a dog because they were welcoming a new family member. When she met him, however, she realized what a task she had on her hands.

Sadly, his former owner hadn’t been good to him.

After Preethi picked Rocco up – with the aim of providing him with a loving new home – she knew she had work ahead of her if the dog was ever to trust her.

Rocco was extremely shy for the first few days. He ate a little bit, and did his best to explore his new environment, but he didn’t understand where he was, or why he’d been moved again.

However, it didn’t take long for Preethi to forge a bond with Rocco – one that enabled him to open up and show his true colors.

Watch the video below and you’ll see Rocco living his best life, as all dogs should. He’s curious, excited and most importantly happy. He has a long way to go, for sure, but one thing’s for certain: He’s on the right path.

Share this story to pay tribute to Preethi and all the other animal lovers out there, who do everything they can to ensure abused animals are given a second chance in life.