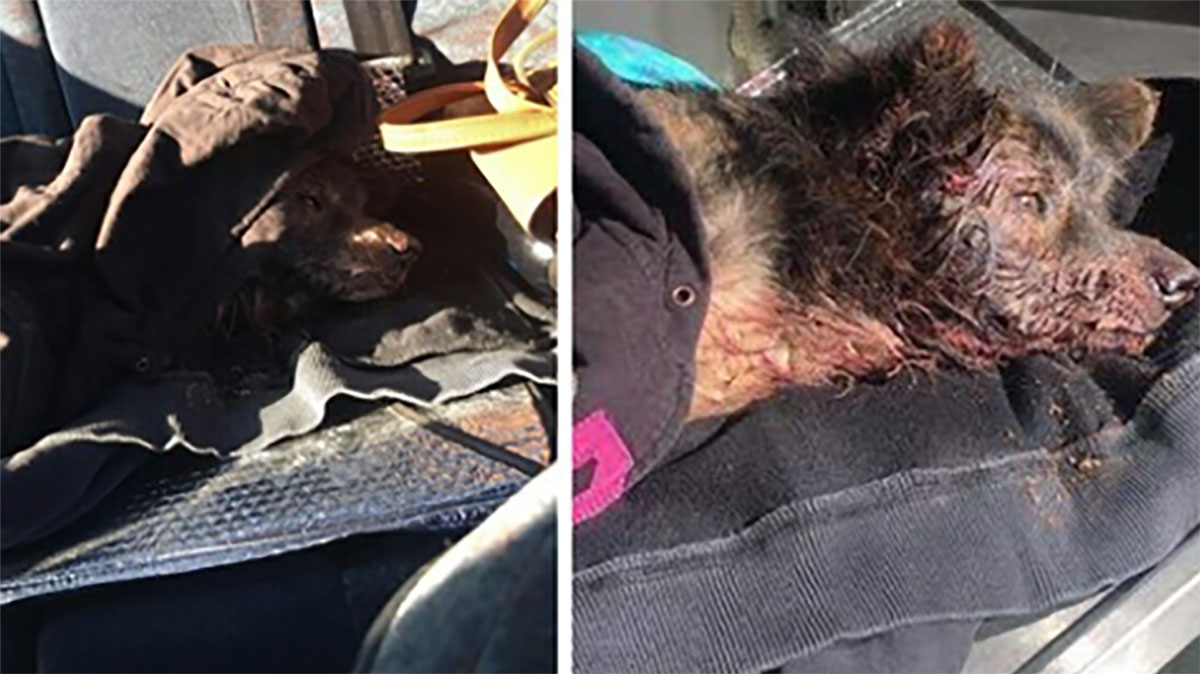 The odds were against one pooch who was left for dead at the side of the road after being run over.

Suffering with a broken jaw and spine he was a shocking sight when he was rescued and rushed to the veterinary clinic in Romania.

The dog, originally called Onyx, was rescued and operated on but his chances were slim.

He was spotted by British dog groomer Sally Keen who saw a post appealing for help on social media and wanted to help him.

“I thought what a poor dog and didn’t think he would be able to survive,” Sally, from Worcester, England, told U.K. newspaper the Metro.

“He was pretty messed up and couldn’t even move. I followed his journey online and he didn’t give up.”

“The odds were against him as he had broken his jaw and his spine had been damaged causing him to be unable to move his limbs. But he wasn’t ready to go,” Sally said.

He was rescued and saved by Amicii Dog Rescue Romania. They posted a picture of the struggling pooch to help find him a new home.

“I have a soft spot for the dogs that nobody else wants. So when I saw Boris, covered in blood whilst on the vets’ table – I wanted to help him,” she added.

When he was well enough he spent two days traveling to his new home with Sally in England.

“When he arrived, he was pretty skinny and so shy. He was wary of people with bald patches on his fur.”

Thanks to Sally’s hard work, determination, and love for this sweet hound today he is a completely different dog.

“He is getting younger by the day,” she added.

Hundreds of dollars have been raised to pay for his ongoing treatment as he also lost his two front teeth. He still has a long way to go but thanks to Sally’s love and attention he is making good progress.

“He was very robotic when he arrived but now he runs – especially if he hears the biscuit tin, he is in there like a shot,” she said.

What a journey Boris has had thanks to the animal heroes who have worked so hard to help him. All good wishes to sweet Boris for a happy and healthy future in his new home.

Help us thank these amazing people by sharing this story.