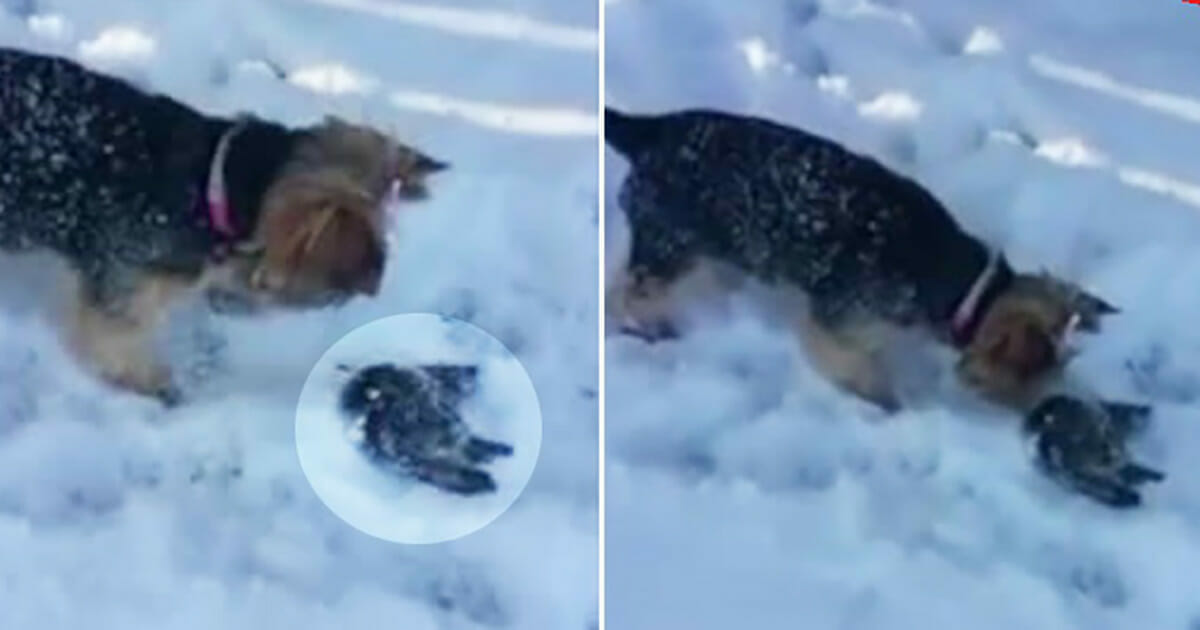 Winter’s a difficult season to deal with all around, and not only for us humans. Just imagine all the animals that don’t have nice, warm cabins to get into; imagine the creatures forced to fight winter head on in merciless temperatures and lands of ice and snow.

For one little bird, the situation got so bad that is almost meant its life. Fortunately, at the last minute a woman and her dog showed up – seconds later, an intensive rescue effort was undertaken.

One cold winter day, Lily’s owner let her out to play in the garden. It didn’t take long before Lily showed great interest in something lodged in the snow.

The owner took a closer look to investigate what Lily was up to … when suddenly she, too, spotted it. A poor bird was lying, completely immobile, on the ground.

The owner didn’t know what to do. She wanted to save the bird, so she rushed inside and grabbed a blanket to keep it warm.

That’s when another idea ocurred to her.

In a last-ditch rescue attempt, the woman grabbed her hairdryer. Gently, she used the warm air to slowly warm the bird, with the ice that had taken hold melting away.

Ever so steadily did the bird begin to thaw. But was it still alive after its battle with the elements?

In the video below, you can watch what happens after the woman’s efforts at reviving the fallen bird.

Mind the pun, but it really is warming to see:

What a brave little bird. How lucky it was to have been spotted by the dog, and then have the fortune to be helped by an owner who cared enough to really give the rescue a good go.

Share this article with all your pet-loving friends. Give it a chance to melt their hearts as well!