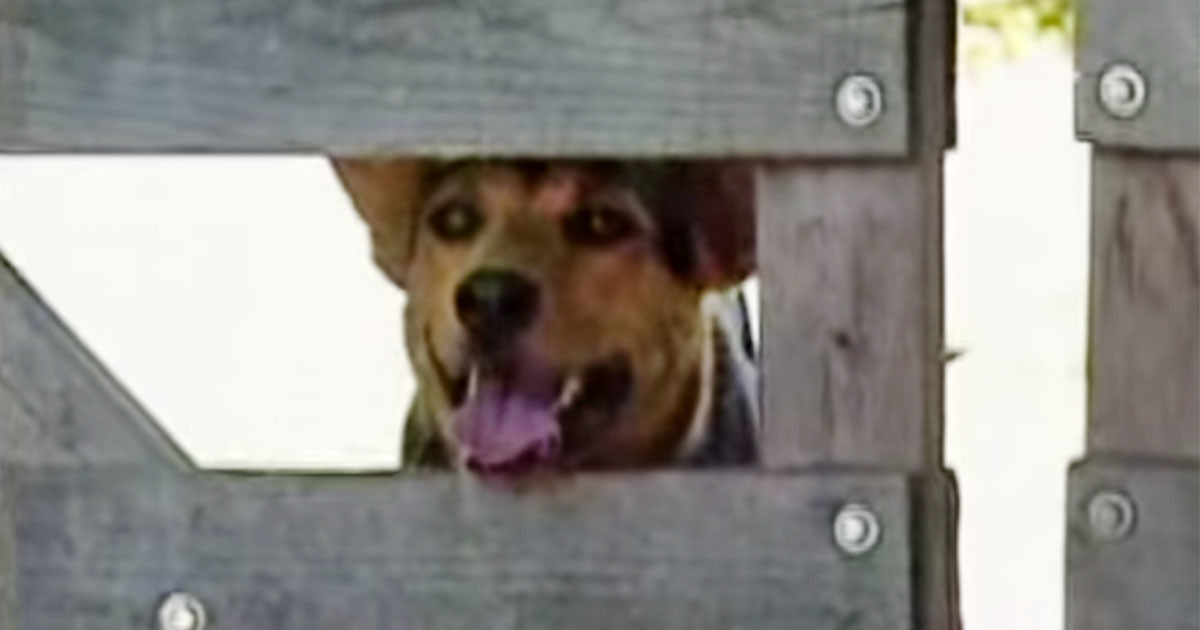 Dixie and her husband, Edward, met Danny for the first time when he was little. Danny had developmental difficulties, but doctors couldn’t determine the cause. He had difficulty speaking in complete sentences, he couldn’t use the toilet by himself, and his motor skills lagged behind other children his age. But none of that bothered Dixie and Edward.

When Dixie met Danny for the first time, the little boy smiled at her, and she and Edward adopted him soon after.

But it was some time before the couple realized what Danny needed to overcome his difficulties: a very special dog.

The family who lived next door to Dixie, Edward, and Danny trains search dogs. And at one point, they were training a dog named Saki. When the German Shepard was finished with her training, she would be sent away to her permanent assignment, never to return again.

But one day, Saki’s behavior changed. She kept trying to escape from her backyard. And finally, she managed to.

Saki ran across the street and jumped into the arms of Danny, who smiled for the first time in years.

Suddenly, Danny could speak whole sentences, go to the bathroom by himself, and throw a ball. And his motor skills began to function at his age level.

But soon, Saki’s training was complete and she would have to leave the area.

Dixie, Danny’s mother, begged the neighbors to ask the foundation that they train dogs for to let Saki stay with Danny.

But the answer was no. Still, the neighbors saw how good Saki was for Danny, so they asked the foundation to come see firsthand how much Saki helped Danny.

They agreed and saw how much the dog improved Danny’s life. And on the spot, the foundation decided that Saki had to remain with Danny.

Watch the whole story in the video below. It’s hard to hold back the tears when you see the happiness and love that shines through both Saki and little Danny.

Please share this heartwarming story with all of the animal lovers in your life!