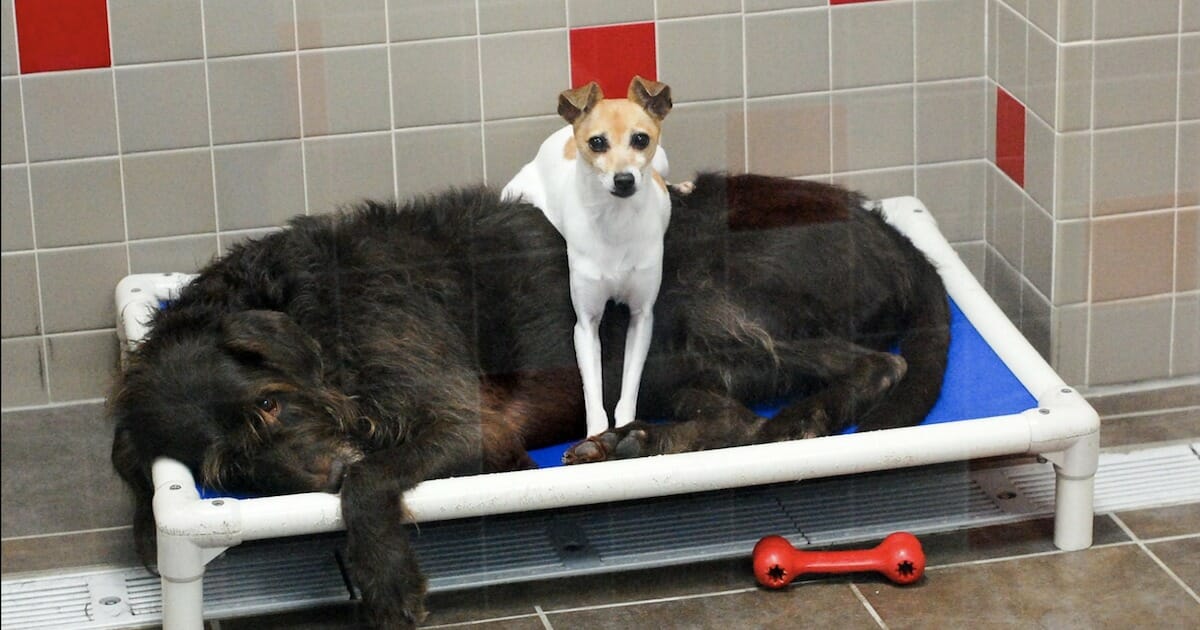 Animals have feelings just like humans. I don’t know how many more times that fact needs proving.

As a result, just like humans they need to feel loved; need to have friends and family. They suffer abandonment with a deep sadness in their hearts.

Ending up left for dead on the streets, or even taken to a shelter, is a traumatic experience for any pet. That’s why it’s heart warming to see two dogs that managed to strike up a strong friendship with each other despite their unsavoury conditions.

Two canine friends – named CC and Chewbacca – ended up in a shelter after their owners had a baby and decided they didn’t want the animals anymore.

They made the decision to leave the two dogs in the care of the Animal Rescue League of Iowa, US.

It’s difficult to fathom the desperation a dog must feel when they’re disowned by the only family they’ve ever known; left behind bars with an uncertain future.

Despite the hardship, though, these two animals counted on each other.

Every time a member of staff went to their cage, they found CC and Chewbacca cuddled up together.

Their distinct size difference never appeared to be a problem. Rather, it was clear that the love and friendship uniting them was as strong as it could be.

Together, they fought against the terror and loneliness felt by abandoned pets.

Their relationship was such that the carers in the centre decided to make an exception just for them: These two dogs would be adopted together or not at all – they would never be separated.

A chance photo of the pair happened to be uploaded, and, thanks to the magic of social media, soon went viral.

As a direct consequence, a family was found to home both dogs! Now, these two can be happy in their forever home, left to cuddle and play with each other to their hearts’ content.

Guess who went home today….Chewy and CC!!!!! They now live with 2 other dogs and 3 pet pigs!Our $25 adoption event…

Posted by Animal Rescue League of Iowa on Friday, 7 October 2016

We all need a shoulder to lean on when times are tough, don’t you agree?