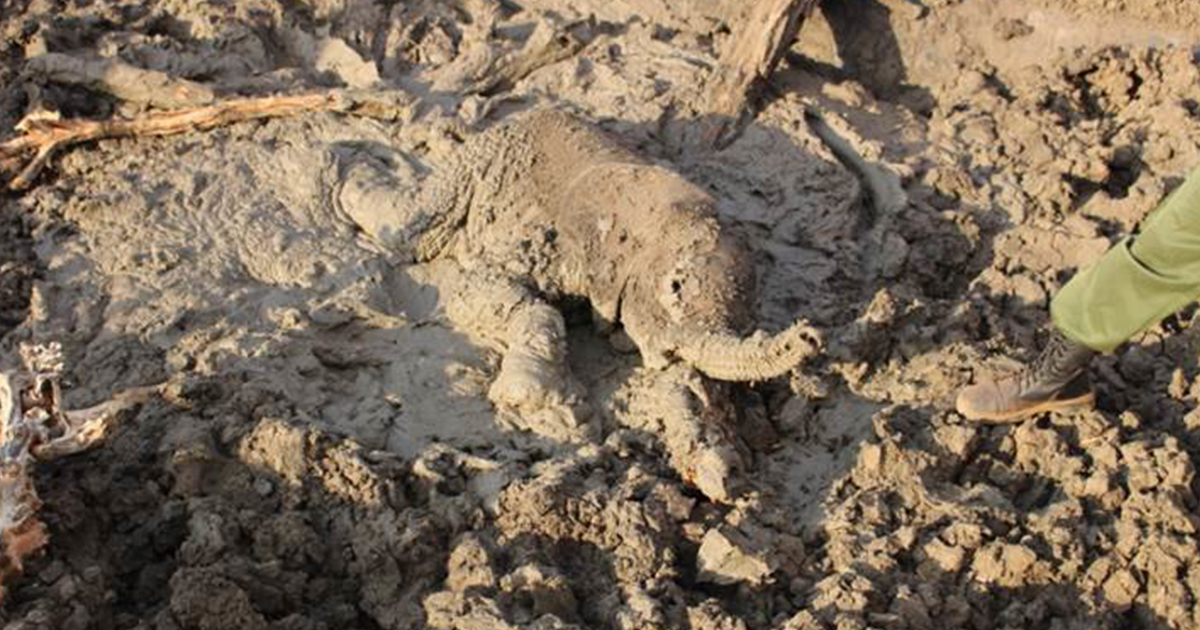 The guards couldn’t just stand by and watch the animals suffering, so they decided to try to save them.

But it would prove to be harder than they had imagined.

An elephant mother and her baby were stuck in the mud and unable to get back up.

The rest of their herd tried to pull them up, but failed.

The guards quickly realized that the elephants wouldn’t be able to get up and would die if they were left in the mud.

It’s not a part of their duty to meddle and save the animals, but the guards couldn’t help but do something.

They started by tying a rope around the belly of the baby to try and get her up.

They managed to pull her up and rescue her from the mud.

But instead of running away to the rest of the herd, the baby elephant went back to her mother and got stuck in the mud again.

So, the two elephants were back in the same hopeless situation they started off in.

Both the mother and baby cried for help and the mother became more and more exhausted.

Once again, the guards tried to pull the baby up with a rope — but she resisted and just wanted to be close to her mother.

The team did everything they could to get the baby out of the mud.

At last, they managed to pull her out.

They tried to hold onto her the best they could so she wouldn’t run back to her mother.

And finally she ran the right way — back to her herd.

But her mother was still stuck in the ditch and her condition seemed to be worsening. She was exhausted and ready to give up, poor thing.

An adult elephant can weigh up to 4 tons, and it’s safe to say that it would be impossible possible for a few humans to pull one uout of a ditch.

Fortunately, the team got hold of a tractor.

Little by little, they manged to pull the mother elephant out of the ditch with the tractor. The elephant helped out, too, and used the little energy she had left to pull herself up.

Then she cried for her baby.

Finally, she was free and she ran straight to her herd and her baby girl.

Big thanks to all these lovely people who did everything in their power to save this elephant mother and her child.

Thank goodness the guards at this park saved both the elephant mother and her baby. They’re sure heroes in my book!

Please share this remarkable story with all the animal lovers out there!