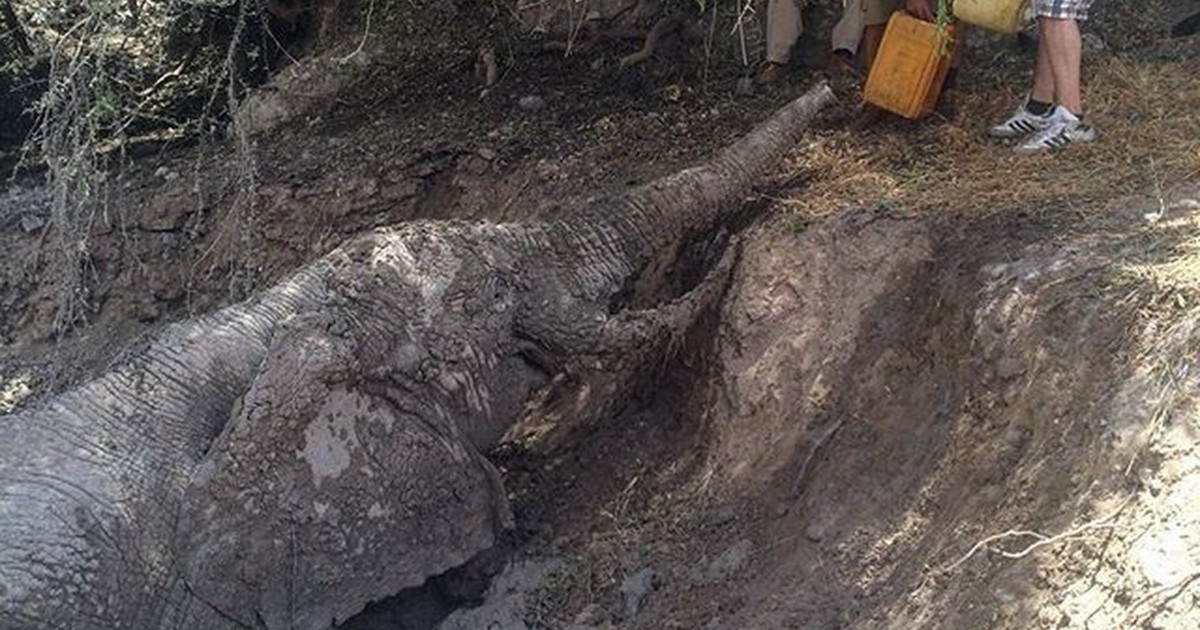 When something as massive as an elephant gets stuck, it doesn’t seem like there’s much someone as small as you or I could do to help. But when one giant bull elephant got trapped in a muddy well recently at Kenya’s Lewa Wildlife Conservancy, the local community combined their efforts to enormous success.

When villagers found the 20-year-old wild elephant, half of his body was submerged in the tar-like well. After spending the night thrashing about, the elephant was tired, dehydrated, and frightened.

But that all changed once the elephant saw that the villagers were there to help. One rescuer wrote on Instagram: “The bull elephant managed to remain calm through out the whole experience while we put ropes around him in order to help pull him out. All the while he trusted us to make sure he would be ok and he kept drinking the water we gave him.”

Although many people helped, the rescue was still a slow process to ensure that the elephant stay safe and comfortable as the community worked tirelessly to free him.

But after four hours of digging, tying straps to the elephant, and using three cars to pull him out, the 30 to 40 tribesmen and conservancy rangers were able to free the elephant.

In the end, the rescue couldn’t have happened without the combined effort of the Lewa Wildlife Conservancy, the local community, the Northern Rangelands Trust, and Save the Elephants. Visit their websites to see how you can also help elephants in Kenya.

Share this story if you were amazed by the team effort to rescue this wild elephant!