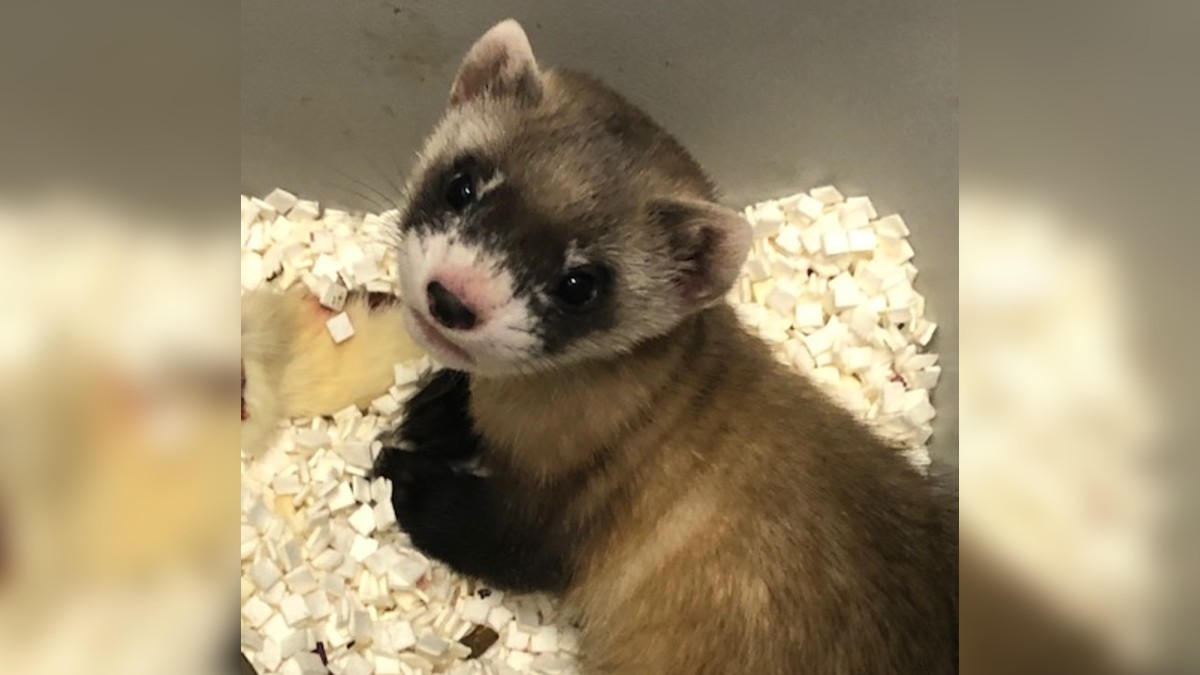 On Thursday scientists introduced Elizabeth Ann, a cloned black-footed ferret, to the world.

The adorable creature is the first endangered animal to be cloned in the US.

Elizabeth Ann was made from the cells of a black-footed ferret who died more than 30 years ago, according to the U.S. Fish & Wildlife Service. Using science and the frozen cells, Elizabeth Ann was born to a surrogate mother on December 10, 2020.

In 1979, the black-footed ferret was believed to have been extinct until two years later when a Wyoming rancher discovered a small population living on his land.

Those ferrets were captured by the Wyoming Game & Fish Department and entered a captive breeding program. Eventually, in 1988, one of those ferrets, Willa, died. The Wyoming Game & Fish Department preserved her genes and sent tissue samples to San Diego Zoo Global’s Frozen Zoo, and more than 30 years later Elizabeth Ann was able to be brought to life.

According to the FWS, all living black-footed ferrets are descendants of the original seven ferrets.

And while it’s an interesting fact, the living ferrets do not have enough genetic diversity, which can make the animals more susceptible to diseases.

Scientists hope that Elizabeth Ann will help improve genetic diversity for the species.

“We’ve come a long way since 2013 when we began the funding, permitting, design and development of this project with the U.S. Fish and Wildlife Service. Genomics revealed the genetic value that Willa could bring to her species,” said Ryan Phelan, Revive & Restore Executive Director.

“But it was a commitment to seeing this species survive that has led to the successful birth of Elizabeth Ann. To see her now thriving ushers in a new era for her species and for conservation-dependent species everywhere. She is a win for biodiversity and for genetic rescue.”

According to USA Today, while Elizabeth Ann looks cute enough to pick up and cuddle, she is still wild.

At this point there are no plans to release Elizabeth Ann into the wild. She will remain at the Fish and Wildlife Service black-footed ferret breeding facility in Fort Collins, Colorado, where she was born.

Think of what the future could look like if we’re able to clone animals to save them from extinction!

Do you think this is a good idea? Let us know your thoughts on Facebook.