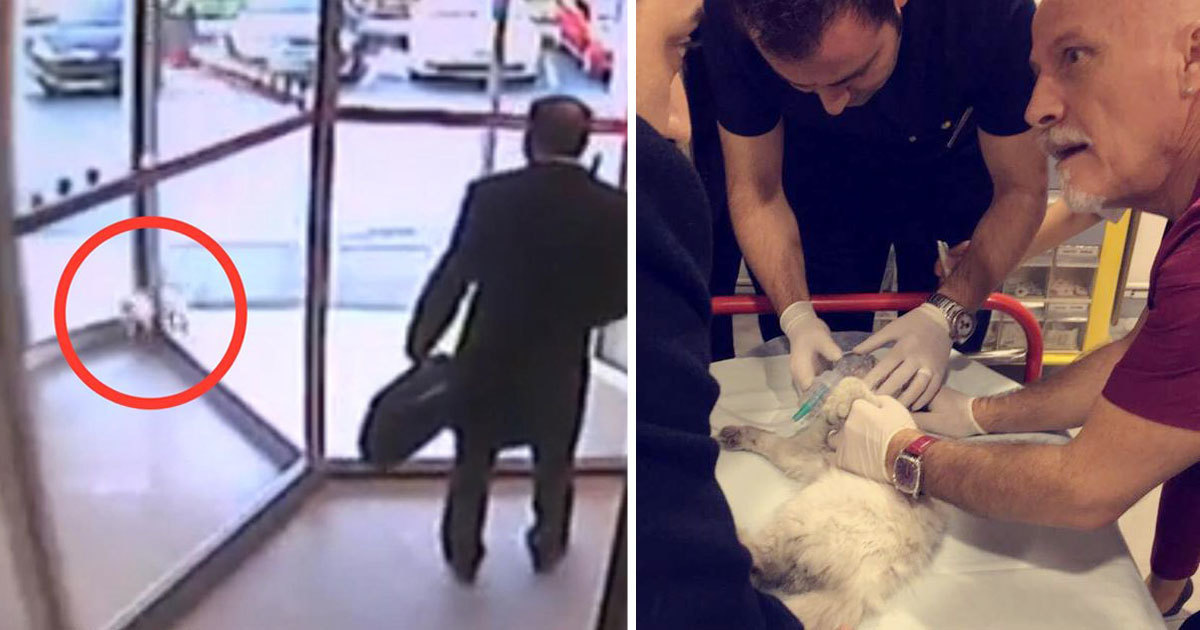 Cat Miracle has a truly befitting name – it’s truly a miracle that he is alive.

It all began with a horrible accident last Sunday.

Miracle was a street cat in Istanbul that nobody cared about. Many stray cats roam the streets of Turkey and people have grown accustomed to seeing them.

So no one really noticed Miracle roaming around near the Özel Akgün Tem hospital – until he suddenly got caught in a spinning door.

It was a tragic accident. A man was passing through and simply didn’t see Miracle on the other side of the glass. The cat was crushed between the doors.

The man stopped as soon as he discovered what had happened, but it was already too late. The cat wailed in pain.

ER doctor Halil Akyürek heard the cat’s scream and immediately rushed to the scene. When he discovered that it was a cat, he paid no heed. Human or animal- to him both were valuable. He was determined that this cat would not perish at the hospital – not under his watch.

Halil carried him in and immediately began cardiopulmonary resuscitation. Slowly but surely, he helped the cat back to life.

Indeed, Miracle soon sat up, dazed, but otherwise in good health – to the joy and relief of Halil and his colleagues.

But the story doesn’t end here. After helping him back to life and giving him the most suitable name, Halil decided to adopt Miracle.

The two friends have been inseparable since.

Now Miracles’s life on the street is a memory and he has a long and happy life ahead of him with the very man that saved his life. What a perfect ending!