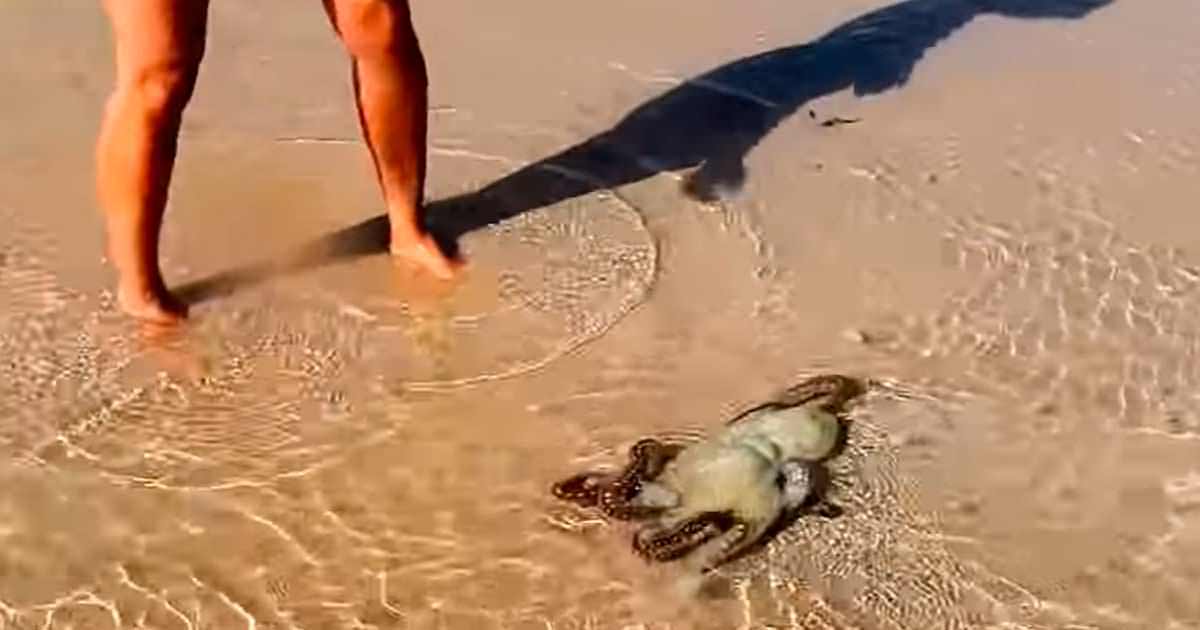 That fact that many animals are smart isn’t news. But did you know that octopuses are also intelligent?

“They are probably the closest we will come to meeting an intelligent alien,” Peter Godfrey-Smith writes in his article “The Mind of an Octopus,” published in Scientific Mind.

According to Sy Montgomery, writing in Orion Magazine, octopuses can recognize people and move toward humans they’re familiar with.

It seems unbelievable, but a family on holiday at the Red Sea got a firsthand experience of this a few years ago.

One day while walking along the beach, they saw something lying on the sand. And when they got closer, they could see that it was an octopus that had gotten stuck. They weren’t sure if it was still alive, but they put it back in the water again.

Then after a little while, it swam away.

The next day, the family returned to the beach and saw a shadow in the water.

It was the octopus they had saved the day before. It quickly swam to them and followed them along the shore.

Here’s what the family wrote on YouTube, where they posted a video of the memorable event:

“He recognized us! He accompanied us a long time while we walked along the beach, all the time tried to touch our feet. We are sure that this octopus came back to thank us for saving his life. It’s amazing how intelligent animals are.”

After the special meeting, the family named the octopus Kurt. And they also decided that they’d never eat octopus again.

Please share Kurt’s amazing story if you also had no idea how smart octopuses are!