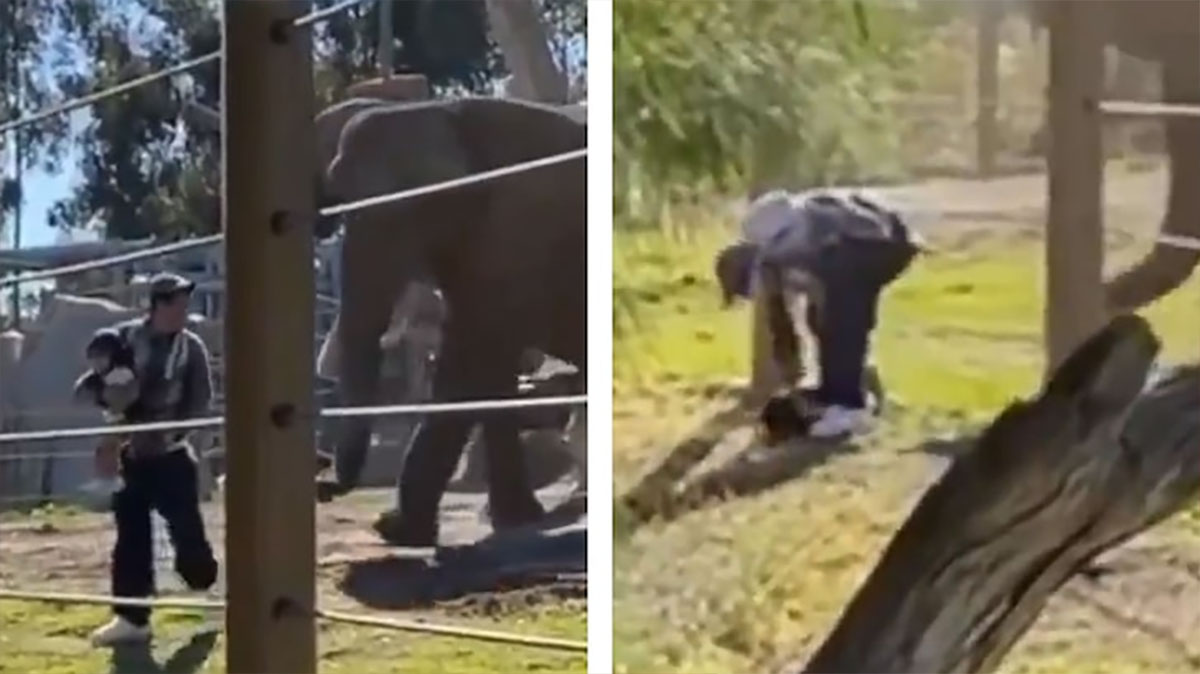 Terrifying footage has been released of a father carrying his daughter into an elephant enclosure and dropping her as a trumpeting elephant charged at him.

The man managed to get through two security fences into the habitat for Asian and African elephants at San Diego Zoo on Friday.

He was carrying his 2-year-old while trying to get a picture with the animals when one of the elephants started charging him.

As he fled the area he dropped his daughter. The man picked his child up and was able to escape with her safely.

The man bypassed multiple barriers and “purposely and illegally trespassed” into a habitat for Asian and African elephants Friday afternoon, zoo spokesman Andrew James said, as per ABC7 News.

He said no elephants were harmed.

Police said the 25-year-old man wanted to take a photo with the African bull elephant and was later arrested on suspicion of child endangerment.

In shocking video released of the incident you can hear the elephant trumpeting loudly while onlookers scream for him to get out.

Witness Lori Ortale told KSWB-TV said so many people yelled for the man to stop as he jumped the fence.

“These guys right away were saying, ‘That elephant is going to charge,’ and it did,” she said.

“We told him to get out and he turned around and he saw it thankfully just in time,” said Jake Ortale, who also witnessed the incident.

“The baby starts crying and people were just mad at this guy,” he said.

One witness told ABC10 News: “We were standing right there, about 20 yards away…yelling ‘dude what are doing get out of there, get the baby out’…the elephant is screaming and charging…he barely got out of there with his life and the baby’s life.”

After the man’s arrest, the child went home with her mother, police said.

I have no idea why anyone would put their child in danger like this and I hope he is punished accordingly.

Thank goodness this child was not harmed during such a terrifying incident. Please share.