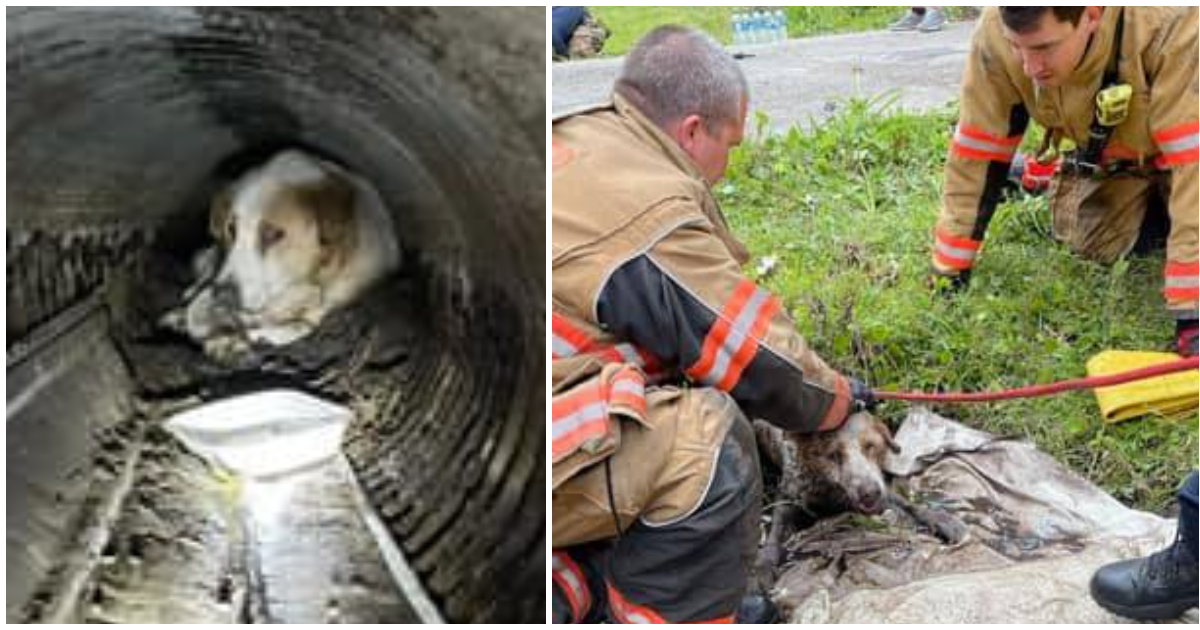 Sometimes animals get stuck in some pretty serious situations. Luckily, there are kind people willing to step up and help them.

Like one fire crew, who recently spent two hours working to get a dog get free after he became trapped in a drainage pipe.

St. Johns County Fire Rescue, in Florida, got a call on March 20 from the owners of a deaf and visually impaired dog who had gone missing.

Arriving on the scene, the fire crew located the lost dog: he had gotten trapped inside a drainage pipe.

The poor dog was scared and stuck with no way out. The crew quickly got to work to free him.

The got backup from Engine 14, Squad 4, and USAR 4. Together the rescuers located the dog in the center of the pipe.

The put a plan in action to open up the ground and pull the dog to safety.

It was no easy task. The SJCFR says that the rescue effort to two hours.

But thanks to the help of the fire crew, the trapped dog finally saw a light at the end of the tunnel, and luckily emerged safe and sound

“He was scared and tired but not injured,” the SJCFR wrote on Facebook. “He was happy to be reunited with his family!”

We’re so glad this dog is safe! Thank you to this fire crew for working so hard to free this animal in need.